I awoke around 4:00 am, made some coffee and turned on the computer.  I am listening to Tony Bennett.  What can you say about Tony Bennett? One of the greatest interpreters of the great American Songbook. Born in 1926 as Anthony Dominick Benedetto, Tony (I can call him Tony because I have been listening to him for most of 59 years) has been singing for audiences since before 1950.  Think about it, a career of more than 62 years.  The good songs never get old and the great performers never go out of style. Apparently Frank Sinatra said that Tony was Sinatra’s favorite singer. 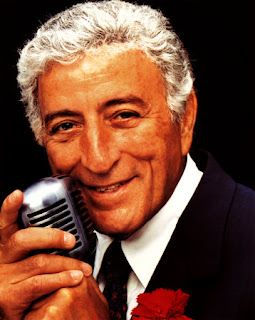 Tony has 17 Grammy’s and has sold more than 50 million records and released some 70 albums.  What a body of work.
Tony is an accomplished painter 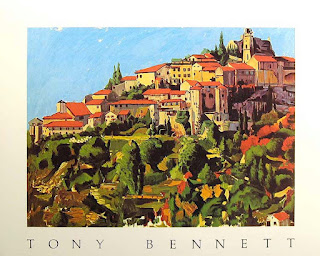 
Coffee, Tony Bennett music and a dark Bud Cave except for my desk lamp. A nice way to start the day.
Posted by Bud Headman at 5:19 AM