Next week is one of my favorite weeks of golf, US Open week.  Watching the US Open on TV is a nerve wrecking experience.  It is a tournament where you just wait for disasters from the players.   Shots from the trees and the deep rough.  Lighten quick greens and tricky pin positions.  More than the other major golf tournaments, I seem to remember past US Opens with greater detail.  Over the years here are the Opens that stick with me:


1992- Tom Kite winning his first major at Pebble Beach.  If you recall Gil Morgan had a 7 stroke lead but lost it the final day that was dry and windy.

1995- Corey Pavin’s win at Shinnecock Hills and his dramatic 4 wood to the green on the final hole.


1998 – Lee Jansen’s win over Payne Stewart at the Olympic Club.


1999- Payne Stewarts win over Phil Mickelson at Pinehurst No.2.


The 2010 US Open at Pebble Beach is my most memorable US Open.  Not because of Graeme McDowell’s victory or because of anything that actually happened in the US Open but because this was the first, and probably last, US Open I attended in person.  This 5 day mini-vacation with the Lovely Sharon was a wonderful golf trip.  We arrived in San Jose, CA on Wednesday, rented a car and drove to Monterey.  On Thursday Sharon and I played golf at the Pasadera Country Club. 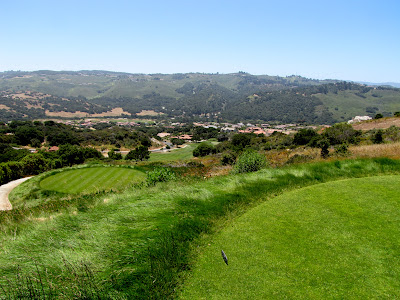 On Friday we spent the entire day at the US Open.  We bought US Open trinkets and clothes in the on course stores.  We walked the entire length of the Pebble Beach Course.  We saw Tiger, Phil, Dustin Johnson, Graeme McDowell and most of the contestants play at least a couple of shots.  Although the crowds were massive, we actually ran into several friends from our Palm Desert Club. 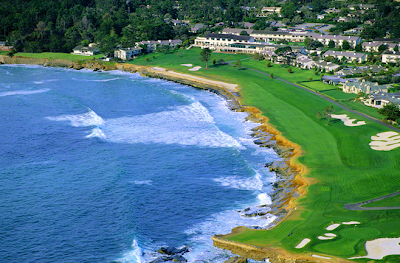 On Saturday we played the beautiful Monterey Peninsula Club (“MPC”) with good friends Dick and Arlene.  Dick and Arlene are members of the MPC, have a house on the Course and were wonderful hosts.  The MPC has two 18 hole courses with several of the holes next to the famed 17 Mile Drive. The course is located among the Spanish Bay Course the Spyglass Course and the Cypress Point Club.  After we played golf we relaxed at Dick and Arlene’s home having  late lunch, drinking wine and watching the US Open on TV. 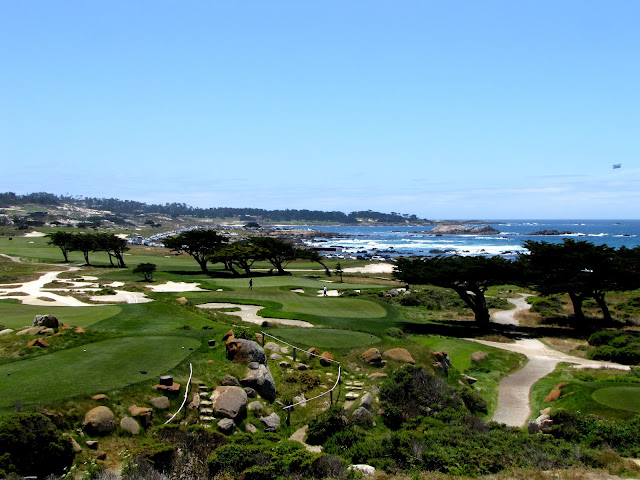 (Monterey Pennisula Course- Cypress Point in the far right.  The US OPen Blimp is visible) 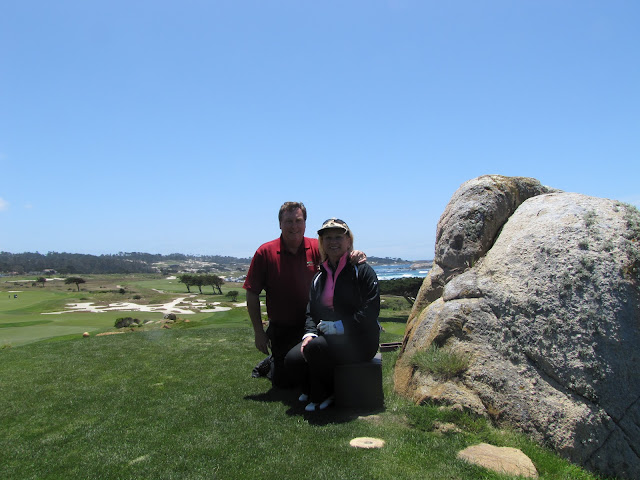 On Sunday we flew back to Salt Lake.  What a great five days a wonderful US Open memory for the Lovely Sharon and Me.


This year I planned to watch the Open within the confines of the Bud Cave.   I can hardly wait.