I read a lot of on-line newspapers and magazines.  Sometimes when you see the title of an article it makes you to just have to click it to hyperlink your way to the article.  Sometimes when you get there, it is not what you expected.  Today I was reading the Wall Street Journal on-line and I saw an article that took me to another article that took me still to another article where I happened upon an article entitled "The World's Best Ten Nude Beaches".  Sounds like something a redblooded American male would click on just to check out in the middle of reading this esteemed financial newspaper; RIGHT?  So I did. With great curiosity and great expectation I made the fateful click with my beloved mouse.

Unfornuately I worked Monday, Tuesday and Wednesday and did not participate in Nude Recreation, or for that matter, recreation of any sort. Further, apparently no one at my law office was actually recreating during working hours so there was no clue at work that it was Nude Recreation Week.

The Lovely Sharon played golf in Ogden, Utah with lady friends on Tuesday and Wednesday and they are playing in Ogden again today and tomorrow in a tournament.  Consider the following logic.

If:
Then:
I am somewhat reluctant to ask the Lovely Sharon about the details of her golf activities of this week. One can only imagine.  Maybe the imagination is better than the reality.

Ok, now back to Article.  So I traveled throught the hyperlinkasphere  being directing to my final destination, the Article entitled, "The World's Best Ten Nude Beaches".  At my computer in the Bud Cave curiosity was in the air.  Do you know what I found?  A written description of the  World's Best Ten Nude Beaches in G- Rated travel brochure language.  They might as well been describing pineapple plantations on the the Hawaii island of Lanai, or the Rock and Roll Museum in Cleveland, Ohio, or the Whitney Museum of Art in New York.  A disapointment to be sure.  BUT THEN, I saw another title  and a hyperlink to still another article that tantalizingly read "Photos of the World's Best Ten Nude Beaches".  Apparently, I had finally hit pay dirt.

With great anticipation, I clicked on the title, and with thanks to former Vice President Al Gore as we all know invented the internet, at the speed of light I traveled to "Photos of the World's Best Ten Nude Beaches".

Do you know what I found there?  Pictures of Beaches. Not pictures of fabuously beautiful naked women frolicking on those beaches, just beaches. Sand, oceans, sometimes a nearby mountain but just beaches.  No nude women recreating on those beaches.  Just beaches. That's it.  Beautiful beaches they were but nonetheless  they were just pictures of beaches except for a couple that were taken at such a distance that you could not actually identify the apparently nude people as human beings.  Here are some of the actual photos of the World's Best Ten Nude Beaches: 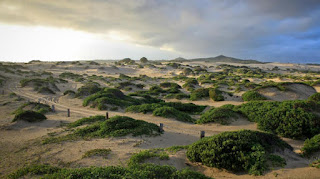 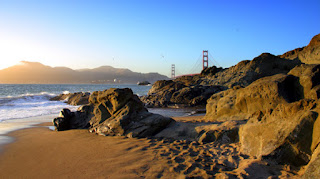 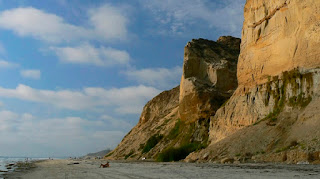 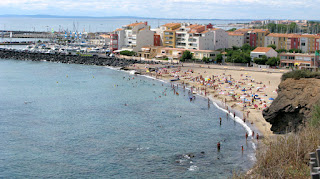 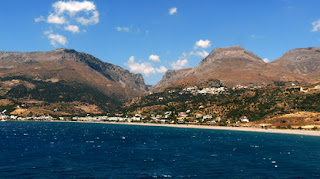 No even close to what I expected.  I am heading back to read a business news story in the Wall Street Journal.  Wait! It just occured to me that I am playing golf this afternoon at Talon's Cove Golf Course on the shores of Utah Lake. I am playing in a foursome of four out-of- shape men near 60 years of age.

Never rmind.
Posted by Bud Headman at 8:31 AM