I am totally shocked.  Aapparently the vocal artist (its hard to actually refer to him as a singer) SNOOP DOG, has changed his name to "SNOOP LION".  This is obvioulsy significant world news and one wonders what effect such change of name will have on our daily lives.  How can one make a decision to change such a good old fashion, truly American name such as SNOOP DOG, to something so stupid and foreign sounding as SNOOP LION?


From the New York Daily News 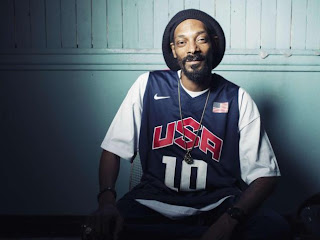 Execuse me, I just realized his original name is SNOOP DOGG with two G's, certainly more formal than the one G, SNOOP DOG.  It makes me wonder if I should try to appear more formal and change my name from BUD to BUDD.  That might very well enhance my standing and status in the community.  I will think about that.

Back to SNOOP DOGG.  This change of name won't just effect Mr. SNOOP DOGG, but  will obviously have some effect, good or otherwise, on his family.  Mrs. SNOOP DOGG, will apparently become Mrs. SNOOP LION.  Will SNOOP DOGG, JR. automatically become SNOOP LION, JR?  I suppose he will have to change his Last Will & Testament?  "I SNOOP DOGG leave the rest and residue of my estate to the Snoop Dogg Family Trust."   If he changes his Last Will & Testament, he will also need to change the name of his family trust.

Here is a photo from the family albumn: 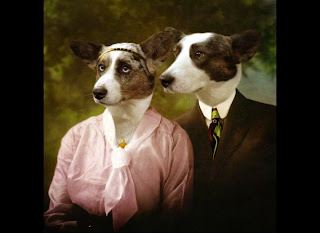 I imagine a fellow as famous as SNOOP DOGG will have a lot of credit cards.  It might take weeks to get them all changed to SNOOP LION.  He will have to change his driver's license and his social security card.  This is a big deal.

An article in the New York Daily News reports as follows on the name change:

Snoop went to Jamaica a Dogg but returned a Lion after a religious and artistic awakening.
Rastafarian priests bestowed the new moniker Snoop Lion upon the music icon when he visited Jamaica in search of "a new path."

"I didn't know that until I went to the temple, where the High Priest asked me what my name was, and I said, 'Snoop Dogg.' And he looked me in my eyes and said, 'No more. You are the light; you are the lion.' From that moment on, it's like I had started to understand why I was there," he explained at a press conference.

Born Calvin Cordozar Broadus, Jr., Lion has always felt a special connection with Jamaica's most celebrated music legend, according to news.com.au. "I have always said I was Bob Marley reincarnated," Lion said. "I feel I have always been a Rastafari. I just didn't have my third eye open, but it's wide open right now."

It is reported that a documentry will be made to following the transformation of SNOOP DOGG TO SNOOP LION.  This will no doubt be a "must watch" movie. My parents, both of whom are in their 80's, would no doubt love a DVD of that movie for Christmas.

Well Mr. SNOOP DOGG, sorry, Mr. SNOOP LION, good luck to you on your change of name, change of musical direction and change of life values. Good for you

Who said you can't teach an old DOGG new tricks?