Will There be a Net Tax Reduction For Middle Class Under Romney?

Here is an interesting article from CBSNEWS.com. Its about Romney's recent statement about tax rates.

As president, he said he would get the country on track toward a balanced budget with spending cuts and caps. But Romney's proposal to simultaneously lower tax rates across-the-board have caused some to question whether he can balance the budget without getting rid of tax deductions that largely impact the middle class, including the home mortgage deduction and employer-provided health care deduction.

In explaining his tax plan today, Romney told the crowd he would simplify the tax code, but that they should not expect large tax cuts.

"Our individual income taxes are ones I want to reform, make them simpler. I want to bring the rates down," he said. "By the way, don't be expecting a huge cut in taxes because I'm also going to lower deductions and exemptions. But by bringing rates down, we'll be able to let small businesses keep more of their money so they can hire more people."


So rates may go down but you might not be able to deduct home mortgage interest and you may have to add employer payments for your heath insurance as income.  So Mitt is saying there may not be a net tax decrease for the middle class.  Interesting. 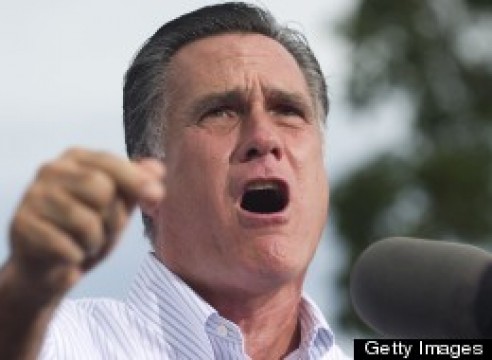