I read John Grisham's book The Racketeer over the weekend.  I have read a number of Grisham's books over the years but have not read the last five or six.  The Racketeer is only 340 pages or so and is a fast and a good read.  Here is some information from the New Yorok Times Review of Books:

At one of many moments in John Grisham’s new novel that find Malcolm Bannister, its main character, taunting federal investigators, he announces: “There is simply no section of your vast federal code that you can possibly use against me.” Mr. Grisham more typically writes about victims or escapees from the law, not about anyone with the nerve to flout authority this brazenly.


But “The Racketeer” is an unusual book for Mr. Grisham. Unlike many of his others, it has no soapbox to stand on and is not out to teach lessons about justice. This book is much more duplicitous than that. In its early stages it does follow the familiar Grisham template, in which a lawyer finds himself unexpectedly in legal trouble. But then it breaks out into the exhilarating tale of how Mal, a disbarred attorney, now a savvy, self-taught legal scholar, leads his pursuers on a long, winding chase.

Mal begins the book as a convict, an ex-Marine and former lawyer who got caught up in racketeering charges related to a crooked influence peddler nicknamed Barry the Backhander. The involvement of Mal’s tiny law firm in executing one of Barry’s real-estate transactions brought Mal a 10-year federal sentence for RICO violations he never knowingly committed. Mal’s wider story also involves a coerced confession, which will prove very helpful later. And Mal happens to be black. That fact seems to have nothing to do with the book until Mr. Grisham makes shrewd use of race later on. 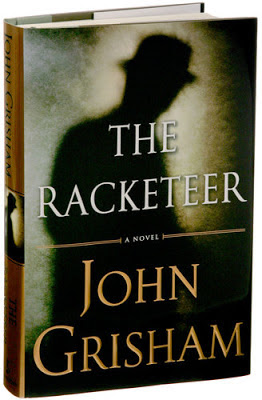