The inauguration of a President is one of the great things of our American government.  It does not matter whether the inaugurated president is a Democrat or a Republic, a new president or a second term president. The constitutional, statutory, pageantry and historical processes and customs that are involved with the inauguration are part of the bedrock of our democracy and our republican form of government.  I love the music, the flags flying, the parades, the oath of office and the speeches.  I love the poems recited and songs sung.  I loved the prayers given. I have watched Inaugurations since I was a kid.  Each year their seems to be more TV coverage which I think is great for those us not able to attend in person.  I hope to attend one day.  The photos included in this posting were all on the CNN website. 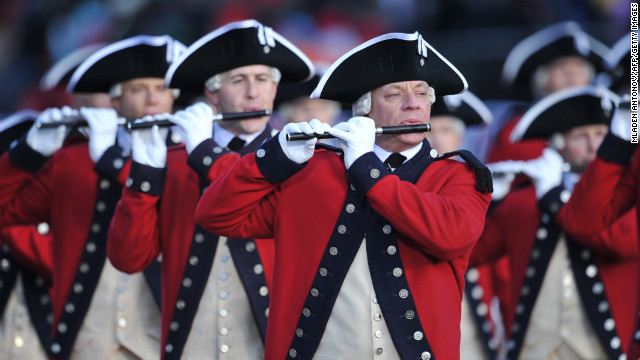 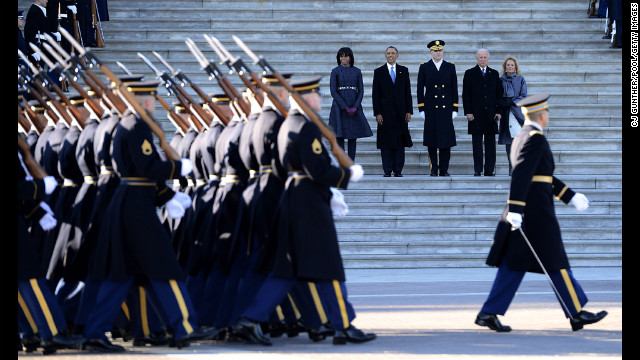 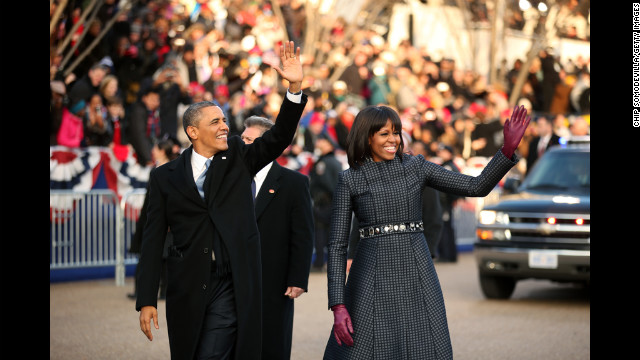 Although many of my friends are not fans of President Obama, I am.  I voted for him both times.  I think he has done a relatively good job at a difficult time.  I have not agreed with him on all matters and all of his actions but I have on many. I think he is a thoughtful and good person.


I was tied up all day yesterday until 5:00 or so and did not see the festivities live but I watched selected replays last night.  I watched his speech. I watched Beyonce’ sing a spectacular version of the National Anthem.  I watched Kelly Clarkson sing an inspiring version of “My Country Tis of Thee”.  It gave me chills and brought a tear to my eye. I have always been a sucker for patriotic songs.  I never tire of them.


Sitting on the Inaugural stage at the Capitol, were former Presidents, members of the Supreme Court and other government leaders. 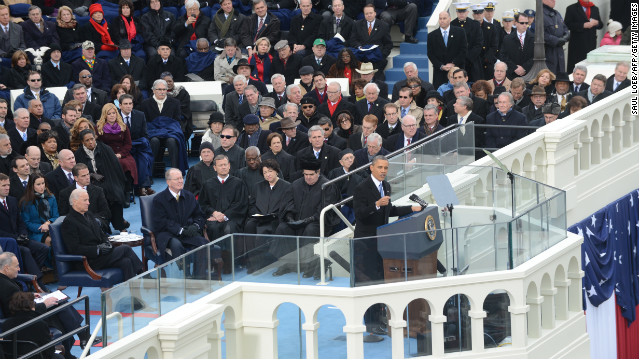 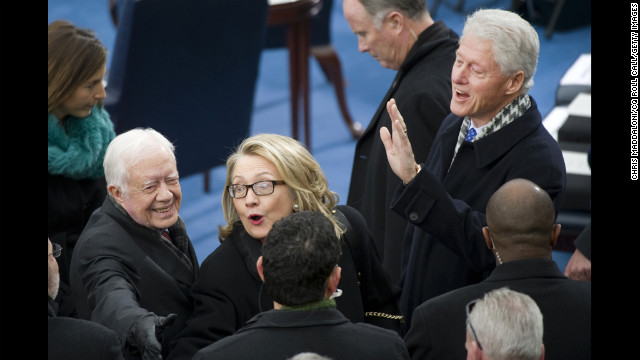 I watched CNN last night and watched the reporting from the Inaugural Balls, saw the President and the First Lady dance.   Heard the singers, saw the crowds dressed in their finery.  I loved it all


What a country we live in.  The population votes for who we want as our president. The votes are usually fairly close, but we don’t have armed insurrection in changing our government.  We select a leader and we move on.  After the Inauguration, we all have the right to comment on the President’s actions, praising him, criticizing him, and second guessing him.  That First Amendment right to comment and criticize is also one the things I love most about America.