I love politicians don't you?  I read an article this morning in the Huffington Post.  See:

Washington state Rep. Ed Orcutt (R–Kalama), a ranking member of the State Transportation Committee, argues that bicycling is bad for the environment and says bike riders should have to pay a tax to help maintain the state's roads. Orcutt made his comments in an email, which was posted by the Cascade bicycle club blog on Saturday.

In the message, Orcutt states bike riders pollute the environment because they produce more carbon dioxide than car drivers.

The email from the lawmaker, which was written to bike shop owner Dale Carson, goes on to say that because bike riders have an "increased heart rate and respiration," the act of riding a bike "results in greater emissions of carbon dioxide from the rider."


"Since CO2 is deemed to be a greenhouse gas and a pollutant, bicyclists are actually polluting when they ride," Orcutt wrote in the message, which Carson provided to The Huffington Post on Monday.


Carson had originally written Orcutt an email arguing against a proposed 5 percent bicycle tax on bikes that cost more than $500. He said biking is good for the environment as part of his argument for why bicycle riders save taxpayers money.

If the argument for a bike tax is that the bicyclists use the road and should share in its upkeep, I have no problem with the argument.  I might disagree with the policy of such a tax but I cannot say the argument is crazy.  If you are trying to raise money for the government to fix roads it is an argument attempting to justify a bike tax.  I for one am glad a republican made the argument. They don't want to tax the oil companies but lets tax the five year old's first tricycle.


Mom's jogging while pushing a baby buggy
Kids running and swinging in the park
Families hiking in the mountains
Old folks exerting themselves walking with walkers or riding wheel chairs.
Pedestrians


I say tax em all.  I knew there was something wrong and suspicious with all these old folks using walkers.  Now I know what it is.  They are eco-terrorists. Tax them before it is too late.


Now when I see bicyclists on the road, I will not appreciate their environmental efforts.  I will see the enemy, users, bastards.


Look at these photos.  Don't these bikes just scream out for taxation?


A pretty outfit will not reduce your carbon footprint sir 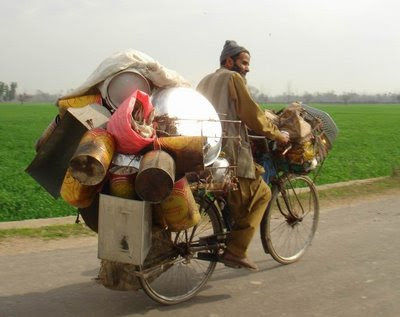 These fellows are creating pollution in two directions﻿ 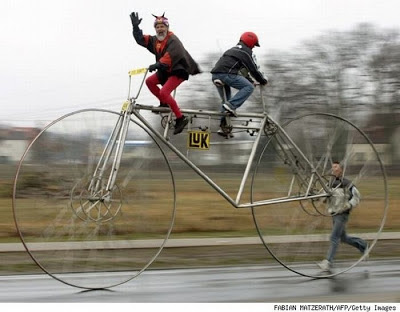 This guy is worse than a diesel truck 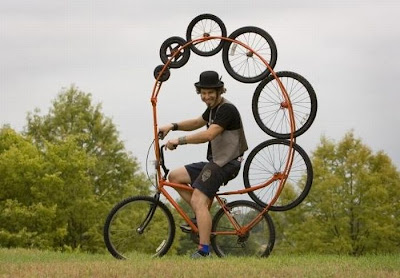 This is for the lazy polluter 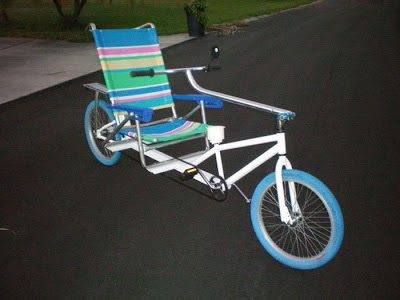 I probably would exempt this rider from tax, she is obviously providing a public service 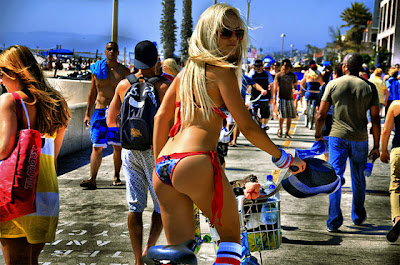 Watch out for the bike riders, the true cause of climate change.
Posted by Bud Headman at 5:35 AM