Sarah Palin Got a Rack

The Republican CPAC conference just ended.  You know the conference, several days of  general session speeches and breakout sessions.  Conservative policitians as speakers.  As a political junkie I have followed some of the goings on and am a little surprised at some of the comments.  Here are a few:

Sarah Palin. Palin blasted New York Republican Mayor for his efforts to reduce the sale of gigantic soda pop. She pulled out a big gulp and had a drink.  She blasted Republican consultant Karl Rove, who was President George W. Bush's trusted advisor.  Most bizarrely, she  described  her exchange of Christmas gifts with her husband  and said"Todd got the rifle, I got the rack." I did not make that up.  She really said that. I am not certain what she was talking about but this looks like a before and after photo. 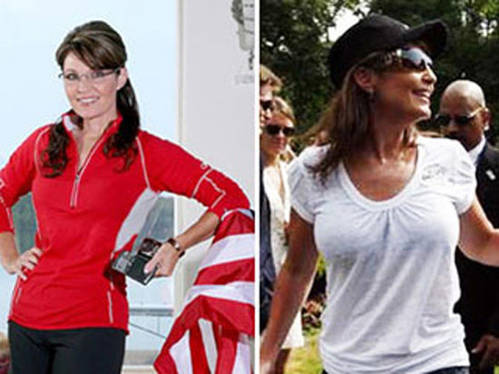 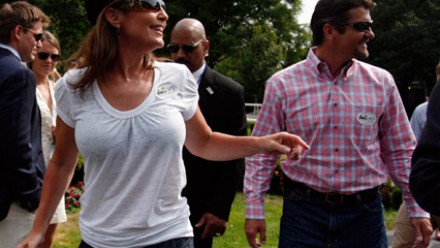 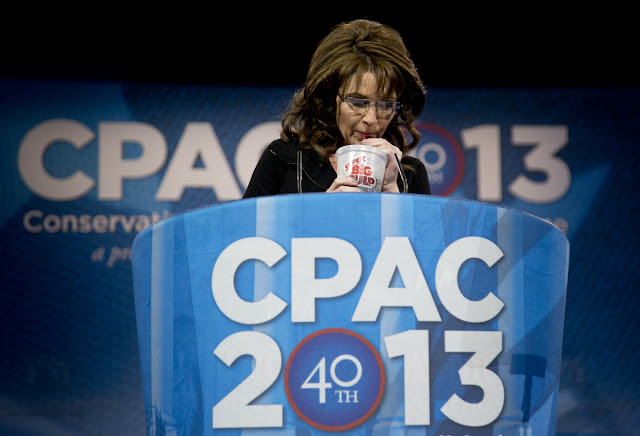 Slavery. Unbelievably in a breakout section, that was to deal with increasing minority participation in the republican party there were statements about going back to a segregated America.  Read the following:

"A panel at the Conservative Political Action Committee on Republican minority outreach exploded into controversy on Friday afternoon, after an audience member defended slavery as good for African-Americans.

The exchange occurred after an audience member from North Carolina, 30-year-old Scott Terry, asked whether Republicans could endorse races remaining separate but equal. After the presenter, K. Carl Smith of Frederick Douglass Republicans, answered by referencing a letter by Frederick Douglass forgiving his former master, the audience member said “For what? For feeding him and housing him?” Several people in the audience cheered and applauded Terry’s outburst.
After the exchange, Terry muttered under his breath, “why can’t we just have segregation?” noting the Constitution’s protections for freedom of association."

Can you believe that at a session on increasing minority participation in the republican party someone is seriously suggesting segregation and seemingly supporting slavery by stating "why should slave owners not have to be forgiven because they provided food and housing".   Unf***ing believable.

Donald Trump.  Donald Trump told everyone he made $8 billion dollars.  Really, we didn't know that Donald.  Then he pontificated on immigration.  He said

"Republicans are on a “suicide mission” if they back a path to citizenship for undocumented immigrants in the United States, and should be encouraging immigration by white Europeans".

So we have a guy who wants segregation back and Donald who wants to import white people.   I can see how this position would increase minorities becoming republicans, can't you?

"Our deficit is approximately equal to our GDP."

So Rick was just a little off.

If you recall, Rick Perry was a cheerleader in college.  RAH RAH RAH Gooooooooo Rick!.

All in all, I think Sarah Palin's comment about her getting a rack was probably the best that came out of CPAC.  If your positions are stupid, quotes about racks are always nice.