The George W. Bush Presidential Library was dedicated in Dallas this week.  I am a fan of presidential libraries but have never been to one.  Whether you liked a particular president or did not, the preservation of presidential papers, photos, research access and the presentation to citizens of the history of the US and the worldduring the president’s term of office is important.  I am one who believes that history is important.  I believe what happened in years past guides us or should guide us in the future. The two libraries  I would most like to see is the Reagan Library and the Clinton Library.  I would however like to see the Bush Library in Dallas.


To celebrate the Bush library dedication, all of the living presidents attended.  Don’t you think that one of the wonderful things about America, is that our former presidents have not be killed in coups or exiled in other countries, but they continue on providing service of some sort to America.  Bill Clinton and Senior President Bush have worked together on several projects and matters for the public good.


I was never a big fan of George W. Bush but I think he was a good person who tried his best.  President Obama spoke at the dedication.  “To know the man is to like the man,” Obama declared.


He praised Bush for his resolve after 9/11, his compassion in fighting HIV/AIDS in Africa and for his support in backing immigration reform. “We are reminded of the incredible strength and resolve that came through that bullhorn as he stood amid the rubble of Ground Zero,” said Obama.

I love these photos: 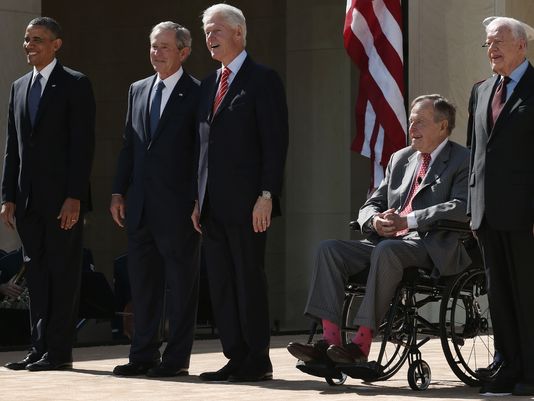 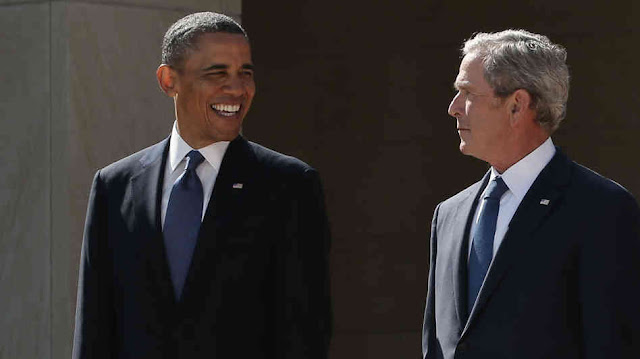 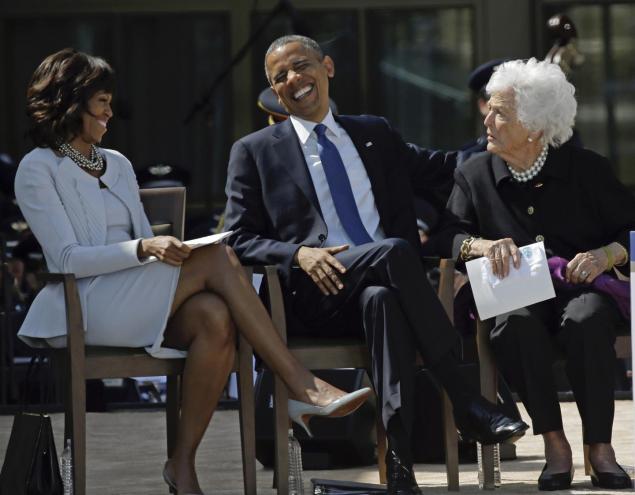 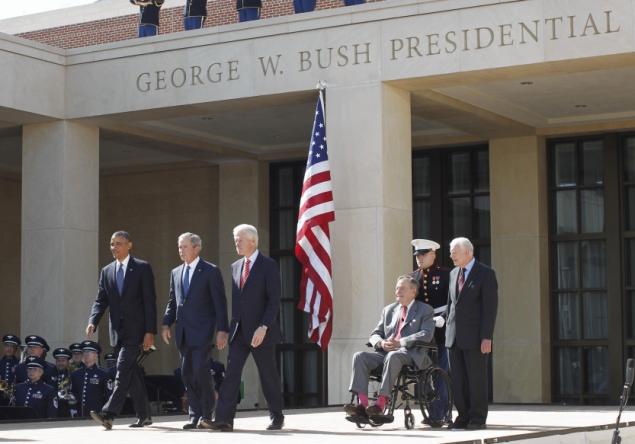