Cypress Point.  Mention those words in any setting in which golfers are involved and you hear such comments as:

Cypress Point is located on the 17 Mile Drive, not far from Pebble Beach. I have been lucky enough to play Cypress Point seven times, four of which were with the Lovely Sharon.  I have not played the course for a number of years and I look back often thinking about the holes, how I played and my playing partners. I can still feel the excite of walking down the fairways with my playing partners and and out caddies.  I remember my surprise when I first walked into the pro shop and realized how small it was.  The men's locker room is old, quaint and small.  This is a golf club not a country club.

I remember after my first round at Cypress we sat out side the mens' locker room drinking the Club's signature drink "Sam's Specials" and eating popcorn.


Here are some great photos of the Course. none of which I took 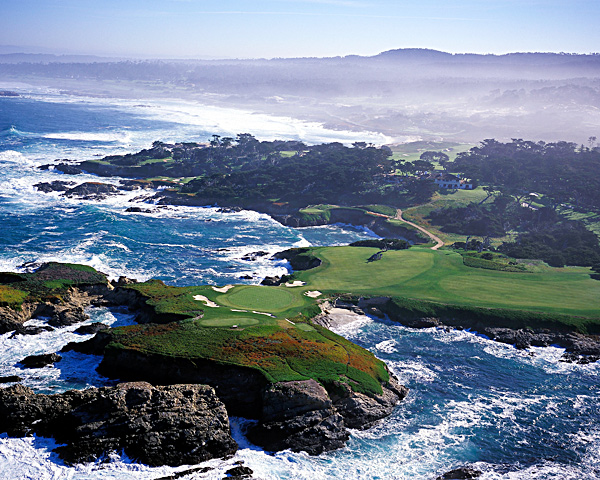 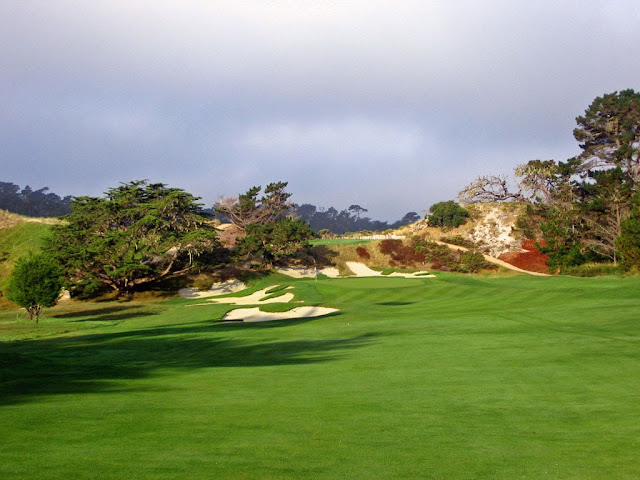 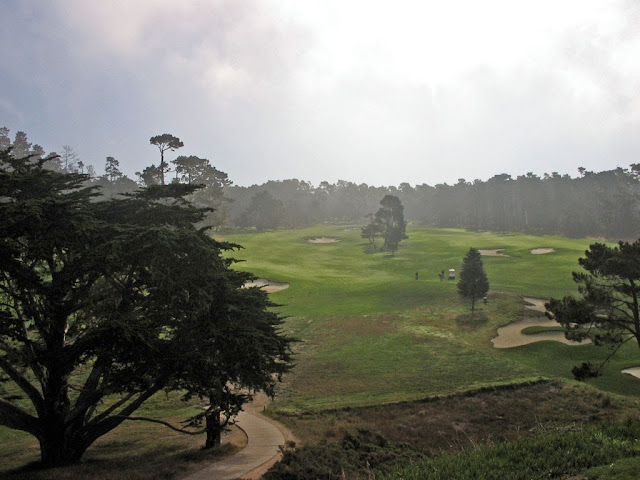 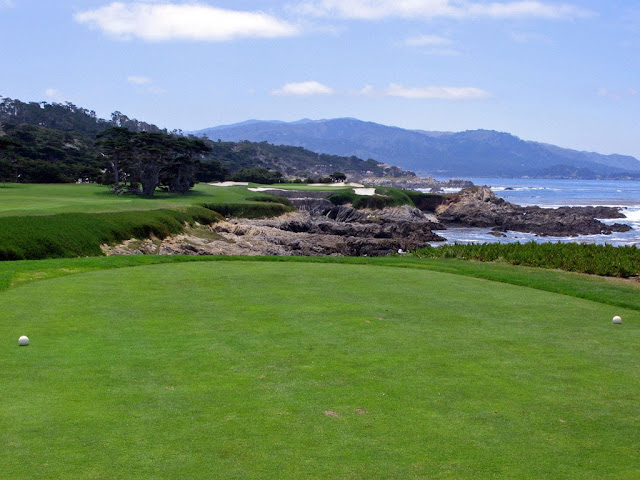 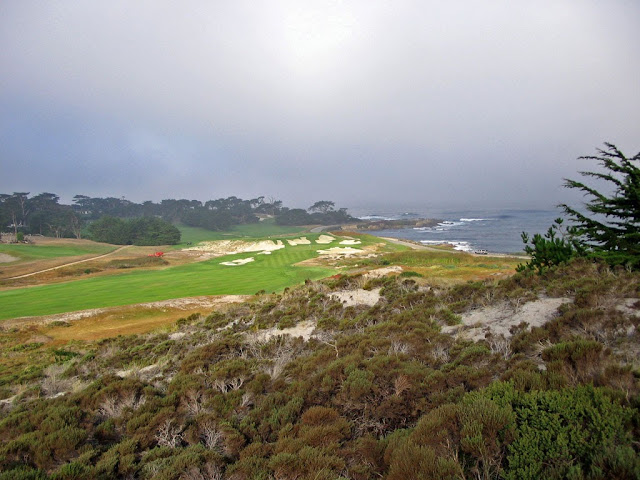 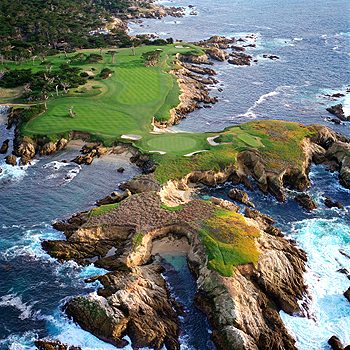 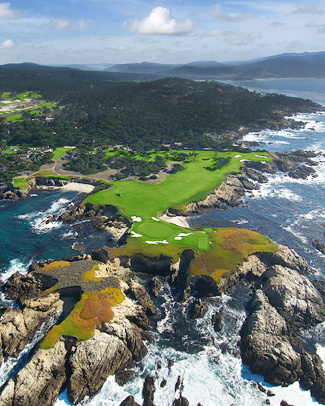 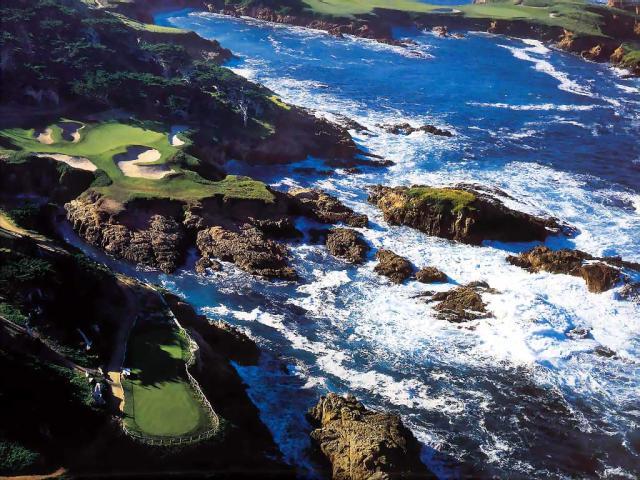 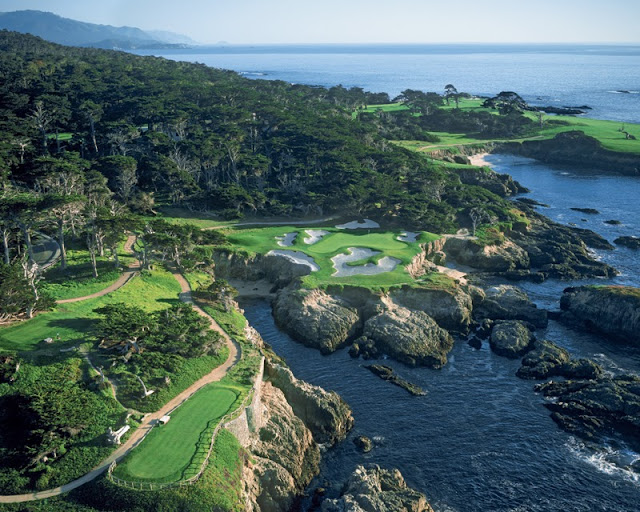 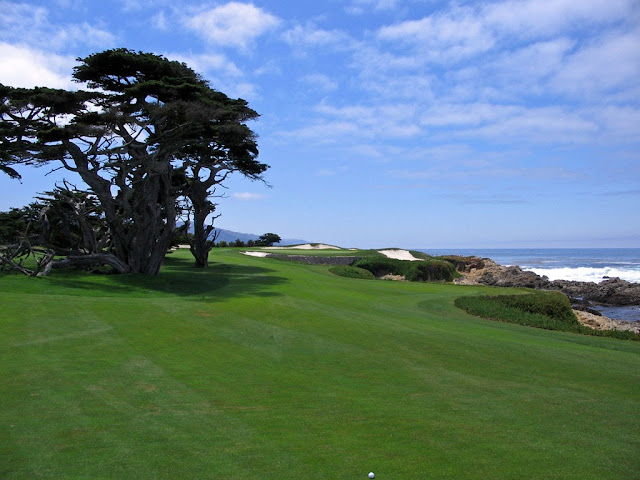 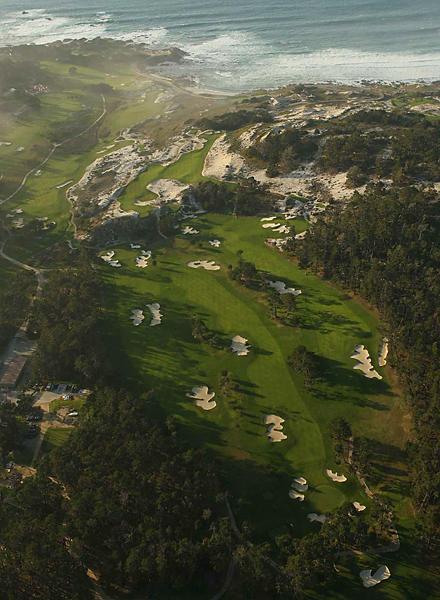 Here are few comments  about Cypress Point from internet sources

Cypress Point starts by spreading its Mackenzian fingers through the dunes as if to grab a firm hold on dry land, so it can dangle its lower extremities into the Pacific with confidence. Because of the intensely private nature of the club and the overwhelming famousness of its photogenic finish, the first 14 holes are virtually unknown to the golfing public, which is a shame, because they, too, are gorgeous. Eight and nine, two sometimes-drivable par fours, might be considered too short and quirky by today's standards, but only by those who don't have fun playing golf.

We played to the 14th green, all of us entranced by our surroundings, which included deer so secure it seemed as if they had been darted with Prozac. I was utterly spellbound by the sight of the 15th. I'd seen so many photographs, but Ansel Adams couldn't have prepared me for a vision so blissful. Verily, I was gobsmacked.

The Pacific boiled on the rocks and tore at the kelp below, an otter lolled on his back in the shallows, a peregrine falcon hovered overhead, and the smell of the brine filled my nostrils. I sullied the moment by hitting a morbidly obese 7-iron, but it didn't matter. The 16th was even better.
This place is special, it must be, because it made me feel like playing golf again. Playing Cypress Point made me feel like a lucky, lucky man, and it is my favorite golf course. - David Feherty, Golf Magazine

Opened in 1928 Cypress Point is often referred to as Alister Mackenzie’s finest design. Mackenzie also designed Bobby Jones’ beloved Augusta National so that gives you an idea of the gravity of the statement that Cypress Point is Mackenzie’s finest work. The course is laid out in 3 groupings of holes. Holes 1 through 6 are woodland holes set in the midst of the cypress and pine trees. Holes 7 through 13 are dunes holes expertly laid out among the natural sand dunes. Finally holes 14 through 18 are seaside holes that test the mettle of even the best of players lucky enough to tee it up here.

It was one of those great old locker rooms where the benches have spike marks from years of shoe tying before the days of soft spikes and ghosts lurk around every corner. Byron Nelson, Ben Hogan, Arnold Palmer, Jack Nicklaus . . . all the greats have laced their shoes up here. In a quick glance around the room I saw Clint Eastwood’s locker and Charles Schwab’s but I didn’t linger too long as I was anxious to get out on the course.


I doubt I will be able to get on Cypress Point again but what wonderful memories of a beautiful place.
Posted by Bud Headman at 8:58 AM