I have been on a binge recently reading crime novels by Swedish novelist Henning Mankell. A number of his books has the lead character Kurt Wallander, a Swedish police detective.  Wallander is a divorced middle age cop who is depressed much of the time and deals with the most heinous of crimes.  I love the Wallander character.  From the Mankell Website:

The BBC’s British adaption of Wallander, starring Kenneth Branagh in the title role, has rendered great success globally, acclaimed by both critics and audience. The series have won several BAFTA awards, including one for leading actor in 2010 for Kenneth Branagh.

I found the following biographical information about Mankell from his website:

Henning Mankell was born in Stockholm 1948. When he was two years old the family moved to Sveg where the father worked as a court judge. The family lived in the court house in Sveg and young Henning much enjoyed listening to the grown-ups discussions on crime and punishment. At age 16 Henning Mankell dropped out of school in order to work as a merchant seaman for two years before settling in Paris. After a year and a half in the French capital, Henning returned to Sweden and got a job as a stagehand in a Stockholm theatre.

In 1973, Mankell released his debut novel, Bergsprängaren (The Rock Blast). In the same year, he went to Africa for the first time. Ever since he has divided his time between Africa and Sweden and since 1986 he is the artistic leader of Teatro Avenida in Maputo, Mozambique.

In 1991, the first novel in the Wallander series, Faceless killers, was published. Since, Henning Mankell has written nine more novels in the series, including the novel Before the Frost, about Kurt Wallander’s daughter Linda. Next to the Wallander novels, Mankell has also written more than twenty novels and a dozen children’s and youth books. In addition, he is also one of Sweden’s most frequently performed dramatists.

Here is a list of some of the Mankell Books 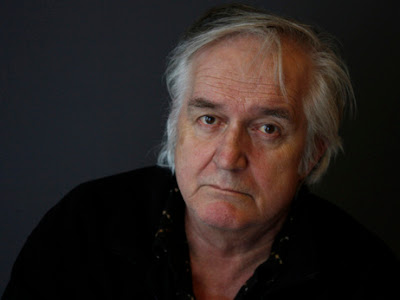