When I was boy, my grandparents lived next door to our house.  I spent a considerable amount of time at my grandparents’ house and in their yard.  One of my favorite things about their yard was several wooden Adirondack chairs they had on the back patio.  I don’t know whether my grandfather had made these chairs or purchased them.  I know they were heavy, solid and were on their patio for as long as I can remember. I remember that he repainted them most every year

A Quest for the Ultimate Lawn Chair


Our story begins in 1903 with a gentleman by the name of Thomas Lee. Lee had a beautiful summer place up in Westport, NY right on Lake Champlain, but he also had a bit of a problem. It wasn’t the house, or the view of the lake; the problem was that he didn’t have one decent piece of outdoor furniture. Now, as we all know, standing up while viewing a summer sunset is nice, but watching that sunset while comfortably seated with a cocktail at hand is always nicer. So Lee set out to build his family the ultimate lawn chair. But he didn’t want to make just any old chair. This chair needed to be comfortable and durable, have as solid surface to rest a glass, and above all, be sturdy when placed on the sloping terrain of the Adirondack region. Lee tried out several different designs and, using his family members as “test sitters,” eventually settled on a chair constructed from eleven pieces of wood all cut from one single plank. It was a low-slung, spacious design with a high back and extra-wide armrests for that all-important summer beverage.


Now, things would have been just fine for the Lee family if the story ended here. They were comfortable, they were relaxed, and most importantly, they were off the ground. It was summer and life was good. But things were about to get interesting.


One fine afternoon that summer, as Lee was relaxing by the lake in one of his new chairs, his good friend and hunting buddy Harry Bunnell stopped by to chat. Bunnell, who was a carpenter by trade, took an immediate liking to Lee’s new chair design. As the two men talked, Bunnell suggested he could build Lee’s chairs at his wood shop in the off-season. Bunnell could make a few extra dollars during those cold Adirondack winters; Lee’s chairs would get sold. It was a win-win. “Why not?” thought Lee. Bunnell was a stand-up guy, trustworthy, and above all, he was a friend. So Lee lent the plans to Bunnell and, with nothing more than a handshake and a smile to seal the deal, Bunnell set to work cranking out Lee’s chairs. That winter, Bunnell toiled away, building Lee’s chairs out of hemlock or basswood and staining them in green or medium dark brown. As soon as the Westport residents saw the new chairs, they snapped them up. Bunnell realized he had a huge seller on his hands and had to act fast. In early April of 1904 (and without asking for Lee’s permission) Bunnell filed for a patent (No. 794,777) on “his” new chair design naming it the Westport Plank Chair.


We’re not sure how this affected his relationship with Lee, but we can guess Bunnell no longer stopped by to chat with his old hunting buddy. Harry Bunnell manufactured the Westport Plank Chair for the next twenty years putting his signature on each one. Today, original signed Bunnell chairs are extremely sought after, and can fetch thousands at auction.

Obviously I have no life if I am researching the history of Adirondack chairs. But I like their look, I like to sit in them and they bring back memories of my boyhood.

I did not take any of the following photos: 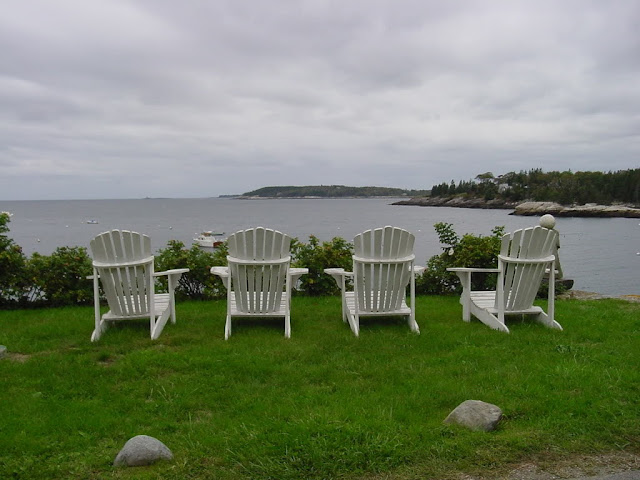 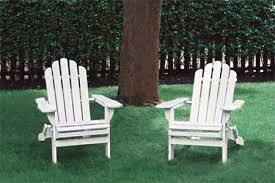 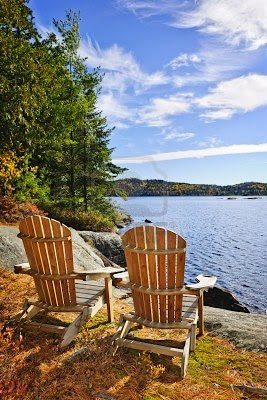