I for one think the National Security Agency has gone completely overboard in spying on citizens and others.  Currently the big outrage is that the NSA has tapped the phone of the German Chancellor and other foreign leaders.  To be honest, I could care less about tapping the German Chancellor’s phone. What I do care about is the unprecedented invasion of US Citizens' privacy.  In 2002, a year after the 9/11 attack, the Lovely Sharon and I had a small dinner party in Palm Desert. On that evening I got into an argument with some of my Republican friends about my concern over the Bush administrations warrantless invasion of email, phone calls and other personal matters of privacy.  I understood the fear we all had over terrorism but it appeared to me that the government was involved in a mass violation of constitutional rights.  I didn’t like it.  On that even in 2002, many of my friends said they had nothing to hide and they were ok with the government intrusion.  I said that I had nothing to hide but I was not ok with this government intrusion.


Eleven years later, under a new president, it appears to me that this government intrusion has not gone away but has gotten worse. The intrusion, the spying is worse than ever. It is as though we have abdicated civil and constitution rights in an effort to combat terrorism.  It is too much, the government (the NSA) has gone too far.   We need to stop this.  Our elected leaders need to stop this. Forget about Chancellor Merkel. Let’s worry about us, the American Citizen.


Do you remember the Japanese internment camps during World War II when the US Government rounded up US citizens of Japanese heritage and moved them to what were essentially concentration camps because of the fear that some might be working for Japan.  Our citizens sat back and allowed that to happen. Outrageous. We now seem to be in the same position of ignoring citizens rights for some other reason.


This massive NSA spy program is  outrageous.  It frightens me and appalls me at the same time.  At what point to we say enough is enough.  Are you ok if the government installs cameras in your house, in your bedroom?  Are your really ok if some NSA government worker reads an email you send to your wife or husband?

I just read the following:


The NSA's data-collection activities are so resource-intensive, the agency can't complete its new server farms fast enough. But when it does, a significant share of what gets held on those servers could wind up being worthless spam. We now know the NSA collects hundreds of thousands of address books and contact lists from e-mail services and instant messaging clients per day. Thanks to this information, the NSA is capable of building a map of a target's online relationships.


Sometimes, however, that process goes awry — such as when one Iranian e-mail address of interest got taken over by spammers. The Iranian account began sending out bogus messages to its entire address book. This included a number of Yahoo Groups addresses that in some cases represented thousands of other e-mail users. So the NSA dutifully flagged not only the fake messages that got sent out, but also the inboxes of all the thousands of people who were receiving the spam. And then the NSA started downloading information on them, and their inboxes, and their address books even if they weren't of interest. Worse, the spam that wasn't deleted by those recipients kept getting scooped up every time the NSA's gaze passed over them. And as some people had marked the Iranian account as a safe account, additional spam messages continued to stream in, and the NSA likely picked those up, too.

This caused huge amounts of unimportant information to flow through the NSA's systems, according to a chart in a top secret NSA presentation. Every day from Sept. 11, 2011 to Sept. 24, 2011, the NSA collected somewhere between 2 GB and 117 GB of data concerning this Iranian address. The exact numbers aren't clear because details of the chart have been redacted.


Here is another article:

“There is no spying on Americans,” Obama told late-night comedian Jay Leno in an interview earlier this month.


But as more details emerged about the government’s extensive surveillance network last week, the National Security Agency admitted that there had, in fact, been “willful violations” of its own restrictions on spying on Americans, but that those instances had been “very rare,” according to Bloomberg News.

This weekend The Wall Street Journal reported additional details: Its story suggested NSA analysts broke the rules to read their love interests’ e-mails and other communications often enough that the behavior was given a nickname — LOVEINT. (The intelligence community tends to attach -INT to their intelligence monikers. Information gleaned from people, for example, is called HUMINT.)


The NSA says it punished these transgressions with administrative sanctions, and in some cases, termination.


In the past year, the NSA has repeatedly denied that it is collecting data on U.S. citizens. In March 2012, NSA chief Keith Alexander told Congress that his agency doesn’t even have the ability to collect data on Americans.


This past March, James Clapper, the director of the Office of National Intelligence, the top intelligence official in the country, testified that the NSA does “not wittingly” collect data on Americans. After the Snowden leaks he sent a letter to Sen. Dianne Feinstein, apologizing for his “clearly erroneous” testimony, because he “simply didn’t think” of a major provision of the Patriot Act.


Officials had even told the Foreign Intelligence Surveillance Court, the legal entity set up to oversee it, that the NSA gathered no communications between people in the U.S.


In a declassified FIS Court filing last week, the court said it had since learned that was not the case. “There is no question that the government is knowingly acquiring Internet transactions that contain wholly domestic communications through its upstream collection,” the ruling found.


The NSA gathers intelligence under Section 702 of the FISA Amendment Act, which allows the NSA to gather data on non-U.S. citizens outside the U.S. It also gathers tens of thousands of “domestic communications” by and from Americans in its normal gathering of foreign surveillance, according to Wednesday’s declassified court finding.


According to documents leaked by former NSA contractor Edward Snowden, the government has also been collecting Americans’ phone records in bulk, and scooping up their emails, browsing history and social-media activity.


Since 2011, the NSA has determined on its own that it has the legal authority to search within the data it collects using U.S. citizen names and other identifying information, according to an Aug. 9 report by the Guardian, citing a document from Snowden. The document said analysts wouldn’t be able to start those searches until the NSA developed an oversight process, but it’s unclear when or whether it did so. 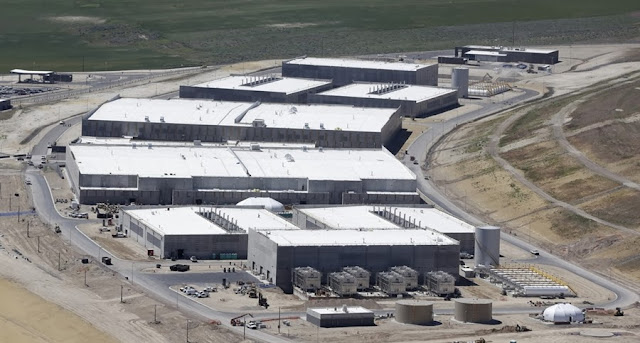 These actions ought to frighten and outrage all of  us.  Let's stand up to this. Let's fight this.  This is wrong.
Posted by Bud Headman at 7:37 AM