I just finished the Woodrow Wilson biography by Scott Berg.  The book is long, over 700 pages, but it was a terrific read.  I have read at least one other book about Wilson over the years but  this book by A. Scott Berg is the best I have read.  For a review in the New York Times see:

Excerpts from the review


Wilson took the presidency two years later, only the second Democrat to capture the White House since the Civil War. He possessed a rare instinct for power and how to use it. Once in Washington he put his theories to the test, audaciously choosing to rule more as a prime minister than a traditional chief executive. Within 10 months he had passed a progressive agenda that had been stalled for a generation, slashing tariff rates that protected monopolies, passing the first permanent federal income tax and creating the Federal Reserve system to end the bank panics that continually ravaged the American economy. More reforms — to bolster antitrust laws, discourage child labor and inaugurate the eight-hour day and workers’ compensation — followed.
Handsome and charismatic, Wilson was our first modern president, holding regular news conferences, complaining about having to live in Washington and delighting in popular distractions like baseball games, detective stories, golf and especially the new moving pictures. He adored women and had remarkably modern partnerships with them, sharing every aspect of his work and his ideas with his wife, Ellen, and, after she died, with his second wife, Edith. He also had a longtime — and apparently platonic — female friend.
Both his temper and his injudicious selection of advisers were indicative of flaws that would come to devour his presidency. Wilson attracted some of the most talented figures in American political history to his administration and his causes — Franklin Roosevelt, Louis Brandeis, Herbert Hoover, Walter Lippmann and Bernard Baruch, among others — but too often he failed to delegate well, routinely writing his own speeches and even typing his own policy papers. Absolute loyalty was valued over candor. Again and again, Wilson broke with his closest associates when he felt they had betrayed him.
Despite these tendencies, he managed much of the war effort brilliantly, delivering a surprisingly effective army of more than two million men to France by the end of 1918. The United States stumbled onto the world stage a full-blown colossus, turning overnight from the world’s largest debtor nation to practically its sole creditor. Arriving in Europe to negotiate the peace, Wilson was greeted with an ecstasy no American president had ever matched, hailed as the savior of mankind. 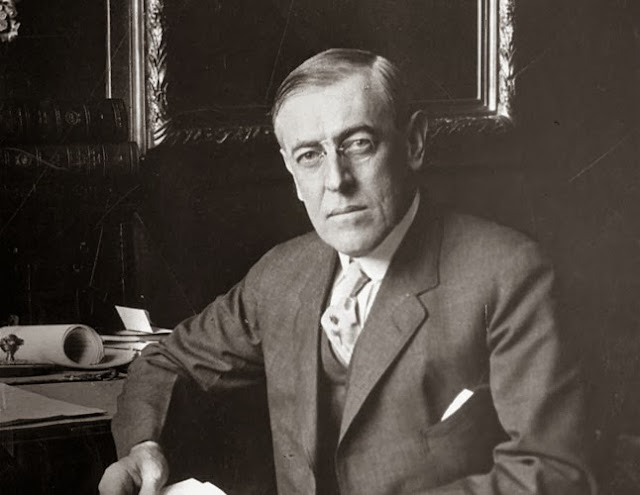