I just finished reading a novel entitled Life Among Giants  by Bill Roorbach.  An unusual but compelling story.  I learned of the book from a review in the New York Times Sunday Book Review. The lead in the story is David "Lizard" Hochmeyer and the book tracks his life from high school through the next 40 years.  There is  a double murder, a world famous ballerina, a dead rock star, and other interesting characters. The novel had a Great Gatsby feel to it.  I am not suggesting it is derivative, it is its own unique work.  I really liked the David Hockmeyer character.  He was a good guy, trying to do the right things, entranced by the ballerina and other girls and women throughout his life.

The following is from the New York Times:

An enchanting, darkly mysterious ballerina. A dead rock star. An unsolved double homicide, decades old. A father felled by a shadowy past. An older sister as beautiful as she is mad. A gay vegetarian chef covered in tattoos. His transvestite lover. Secret passageways, nighttime trysts, affairs, embezzling, illicit recordings — all of it revolving around one 6-foot-8, humble, sincere, Ivy League-educated orphaned professional football player. Really, what more could you want?

I thought it was a very good read.  Check it out 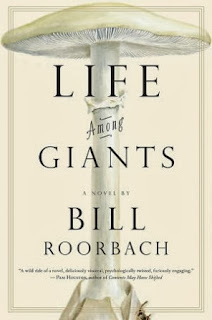