The Life of Patrick Leigh Fermor 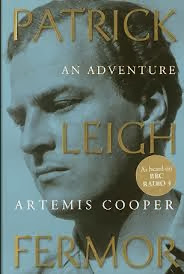 A description of Mr. Fermor from New York Review of Books:


Patrick Leigh Fermor (1915-2011) was an intrepid traveler, a heroic soldier, and a writer with a unique prose style. After his stormy schooldays, followed by the walk across Europe to Constantinople that begins in A Time of Gifts (1977) and continues through Between the Woods and the Water (1986), he lived and traveled in the Balkans and the Greek Archipelago. His books Mani (1958) and Roumeli (1966) attest to his deep interest in languages and remote places. In the Second World War he joined the Irish Guards, became a liaison ofﬁcer in Albania, and fought in Greece and Crete. He was awarded the DSO and OBE. He lived partly in Greece—in the house he designed with his wife, Joan, in an olive grove in the Mani—and partly in Worcestershire. He was knighted in 2004 for his services to literature and to British–Greek relations.


From the Sydney Morning Telegraph newspaper


In 1933 Patrick Leigh Fermor was 18 years old and washed up: he'd been expelled from school, couldn't get into university and had no idea what to do with his life. So, inspired by the likes of Peter Fleming, Robert Byron and Alexander Kinglake, Fermor decided to walk from London to Constantinople with the vague idea of making a book out of his adventures.


Paddy [as he was also known] Leigh Fermor was born in London to a father who was emotionally and physically distant (while the boy went to a series of boarding schools Sir Lewis Leigh Fermor continued his work with the geological survey of India). After his epic Constantinople walk, with no career plan, Fermor moved permanently to Greece and he was there when World War II broke out. The British recruited him as a secret agent operating behind enemy lines in Nazi-occupied Crete, where, somewhat incredibly, his small band of partisans managed to capture the German general in charge of much of the island.


Fermor's literary reputation was established by the books he wrote about his post-war travels in the Americas and his time spent in Greek monastic retreats. Gregarious, witty and ebullient, Fermor seems to have known everyone who was anyone - the great and the good all making the pilgrimage to his beautiful villa in Greece. He was rumored to be one of the models for his friend Ian Fleming's James Bond.


Fermor was handsome and was popular with the ladies. His was life was one of adventure and travel, friends and lovers.  I highly recommend the book. 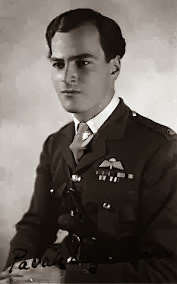 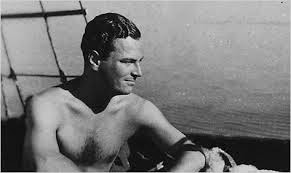 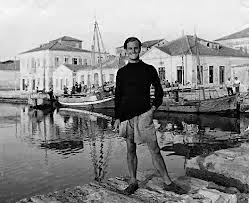