I don’t know how many states have a state holiday on which businesses are closed.  Utah does have such a holiday- it is on July 24th which was yesterday. Yesterday, the Lovely Sharon and I played in a golf tournament and enjoyed a nice afternoon with friends.   Our July 24th holiday is called Pioneer Day or the Days of 47 (that being 1847).  Pioneer Day is an official state holiday celebrated July 24th of every year under Utah law.  The day commemorates the Mormon pioneers’ arrival into the Salt Lake Valley through Emigration Canyon in 1847.  Brigham Young apparently climbed out of his wagon and said “This is the Place” or words to that effect.  He might have made the decision that “This Is the Place”, because his kids had asked him “Daddy are we there yet” for the previous 700 miles of pioneer trekking

I think the July 24th holiday is more important in Utah than the July 4th holiday.  We have rodeos, children’s parades, horse parades and our primary parade which is one of the biggest parades in the nation and all the men are allowed, under Utah law, to have a couple of more wives for the week.  We use these extra wives to set off illegal fireworks that we buy in Evanston, Wyoming.  After the holiday, the fireworks are gone and the extra wives go back to their normal lives.

For whatever reason, Salt Lake City and Utah became the landing spot for migrating Mormons. I for one am very happy about it.  Salt Lake City is a beautiful city and Utah is a beautiful state.  Plus, we have enough goofy things in Utah to complain about to keep us busy.  That is a positive for living here. I do realize that what is goofy to me might be considered normal or good to others.  However, I would think that if I think something is goofy and someone else does not thing it is goofy, that would make that person goofy in my mind.  Yes, I think that is correct.  So if you don’t think the following are goofy, you should consider yourself goofy.

They want to control who drinks what, who mixes drinks, who can see someone mix a drink and who sells the alcohol for a drink.   We have a thing in Utah called the Zion Curtain.  It is in some, but not all, of our establishments that serve alcoholic beverages. The theory of the Zion Curtain is that if a child actually sees a bartender mixing a vodka tonic for the child’s parents, the child will want to have a vodka tonic. Apparently, a child sitting at the table with his or her parents who are drinking vodka tonics will not make the child want to join mom and dad for a cocktail.  The evil is not the parents drinking in front of the kiddies; it is the bartender mixing the drink.  That bastard.

All colleges and university have books stores where they sell not only books, but tee shirts sweatshirts and other stuff with logos.  The University of Utah, my alma mater, has such a book store on campus.  A few years ago, the University of Utah opened a store, some 16 miles from campus where it sales logo clothing and other items with logos.  It’s a great store, close to my home and the Lovely Sharon and I have been in the store numerous times buying University of Utah or Running Utes clothing.   Our state legislature demands that the store be shut down because it competes with private enterprise.  So in a couple of years when the lease is up, the store will close.  We cannot have a University of Utah store off campus competing with private enterprise.  At the same time, all of our state owned liquor stores in Utah are the only place to buy a bottle of wine or a bottle of vodka.  A grocery store cannot sell wine.  Joe cannot open a wine or liquor store.  Only the State of Utah can sell demon rum in Utah.  In Utah you cannot join the wine of the month club from an out of state winery and receive a couple of bottles from UPS each month. Nope you have to go to the Utah State owned liquor store.  Our legislature is outraged to think that the University of Utah is selling a red U of U tee shirt off campus because that may destroy the free enterprise system, but the legislature prevents a grocery store, or anyone else for that matter, from selling a bottle of wine.  Seems goofy to me.

Our two previous attorney generals were just arrested for allegedly committing a variety of crimes.  They were arrested on the same day, booked into jail on the same day and released on their own recognizance minutes apart.  Our top law enforcers have been accused of violating the law for bribery, pay to play and other such matters.

I think it is goofy that if you are a Democrat in Utah, you are treated as a left wing, anti –establishment, welfare loving, godless person.  I have a Utah friend who has run for the United States Senate twice in Utah, and who lost badly both times.  He did not even get a third of the vote.  This person had been a Mormon leader (he was in the Bishopric of his local ward) and he was an IBM executive.  Unfortunately, this good, competent, moderate person was a Democrat and he was painted by some fellow Utahns as a left wing nut, an evil doer because the Democratic donkey was next to his name on the ballot.

Despite its goofyness, I love Utah, I love its history, I love the courage and sacrifice the Mormon pioneers made to settle the Salt Lake Valley, the State of Utah and much of the surrounding west.  Although I am not an active Mormon (I am married to a Catholic girl and I work at Utah’s Jewish law firm) I am proud of my Mormon heritage.

Happy Pioneer Day to all.  Next year I plan to dress as Brigham Young.

Pictures from the internet 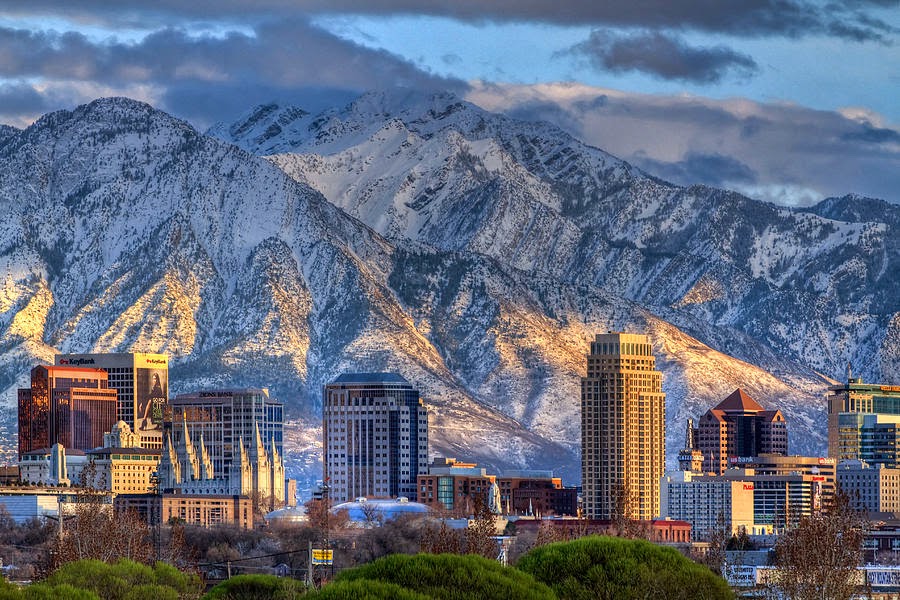 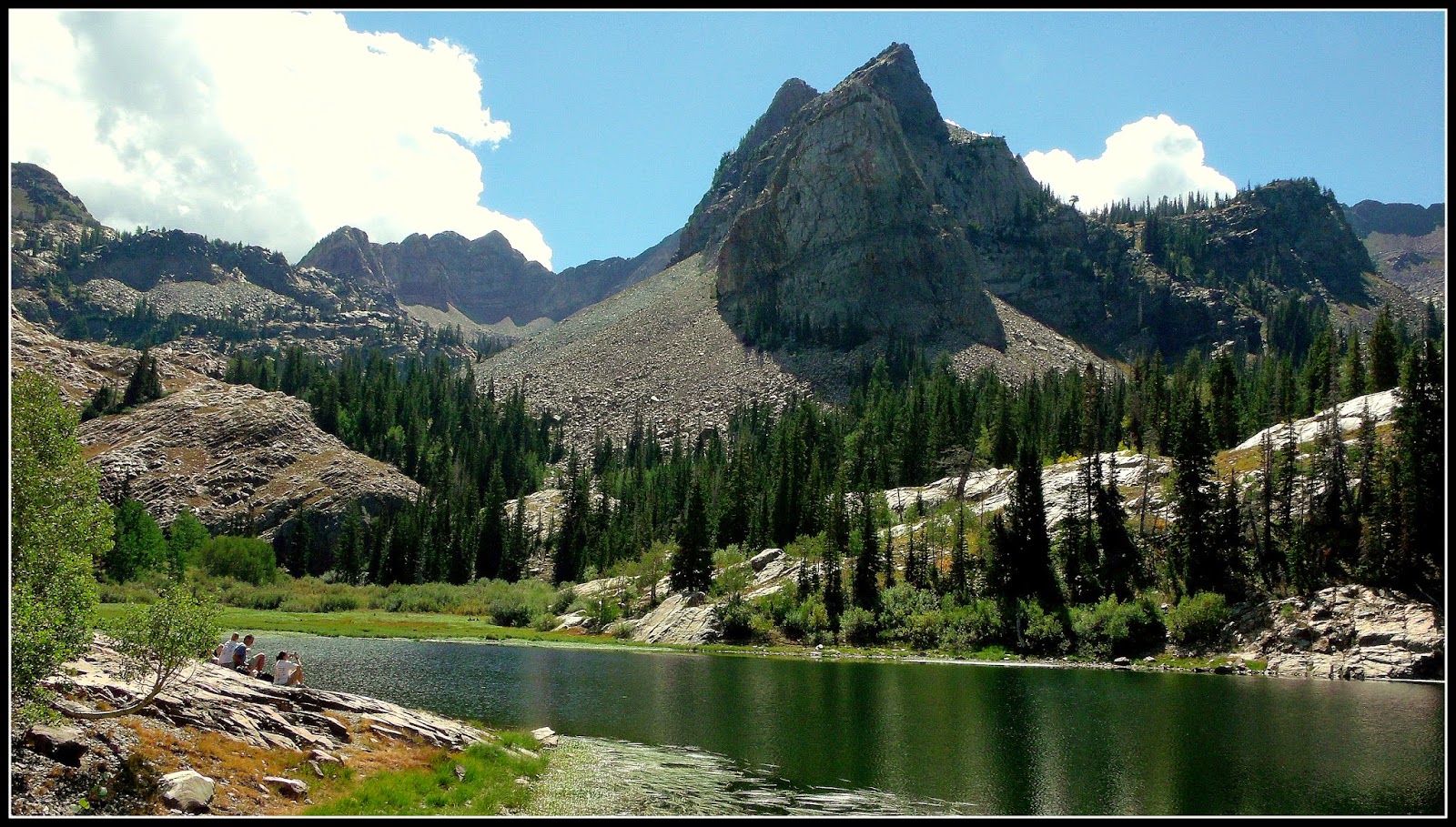