Last Thursday, the Lovely Sharon and I drove to Monticello, Utah a town of less than 2,000 souls located in southeastern Utah not far from the Colorado border.  The purpose of our trip was to play “The Hideout Golf Club”.  We arrived late afternoon on Thursday, the day before our Friday tee time at The Hideout. The City of Monticello was named after Thomas Jefferson’s estate in Virginia.  However, the Utah Monticello is pronounced “monti – sello” while Jefferson’s estate is pronounced “monti-chello”.  You would think if we Utahans stole the name from somewhere else, we would at least pronounce it the same. But no, we do our own thing here.  We pronounce creek as “crick” not “creek”.

The Monticello area was settled in July 1887 by pioneers from  Mormon Church. Monticello became the San Juan county seat in 1895 and was incorporated as a city in 1910. Monticello is located at 6,800 feet elevation at the base of the Abajo Mountains (also called “Blue Mountain”) on the Colorado Plateau.

Monticello is a small but beautiful town.  I have wanted to play The Hideout Course for 5 or 6 years but it never fit into our schedule.  I first learned the golf course from friends Denny and Carma and Norm and Terri. They have traveled to the area together and Denny and Carma have been there several times.

The golf course was opened in 2002 in connection a federal government major reclamation project involving the former site of a uranium mine and mill, dismantled in the 1960s by the United States Department of Energy. The only directive of the Department was that the reclaimed land be vegetated and protected from erosion, and a golf course fit that bill.  The Hideout Golf Club occupies land across from the former mill, with the work to build the course involving restoration of the old mill site land into a natural, open space park.

In 2010, Golfweek magazine ranked the course as number 24 in the nation for municipal golf courses. I loved the golf course.  It was absolutely beautiful and great fun to play.  I hope I can get back to Monticello in the future for another round of golf.

After our Friday round of golf, the Lovely Sharon and I headed to Dove Creek, Colorado, up to Telluride, then Montrose and finally into Grand Junction Colorado.  We spent Friday and Saturday nights in Grand Junction and played the Redlands Mesa golf course Saturday morning.

The Lovely Sharon did all of the work getting our hotel rooms and tee times.  She did a great job and it was a fun, romantic road trip.  Here are some photos I took of The Hideout Course: 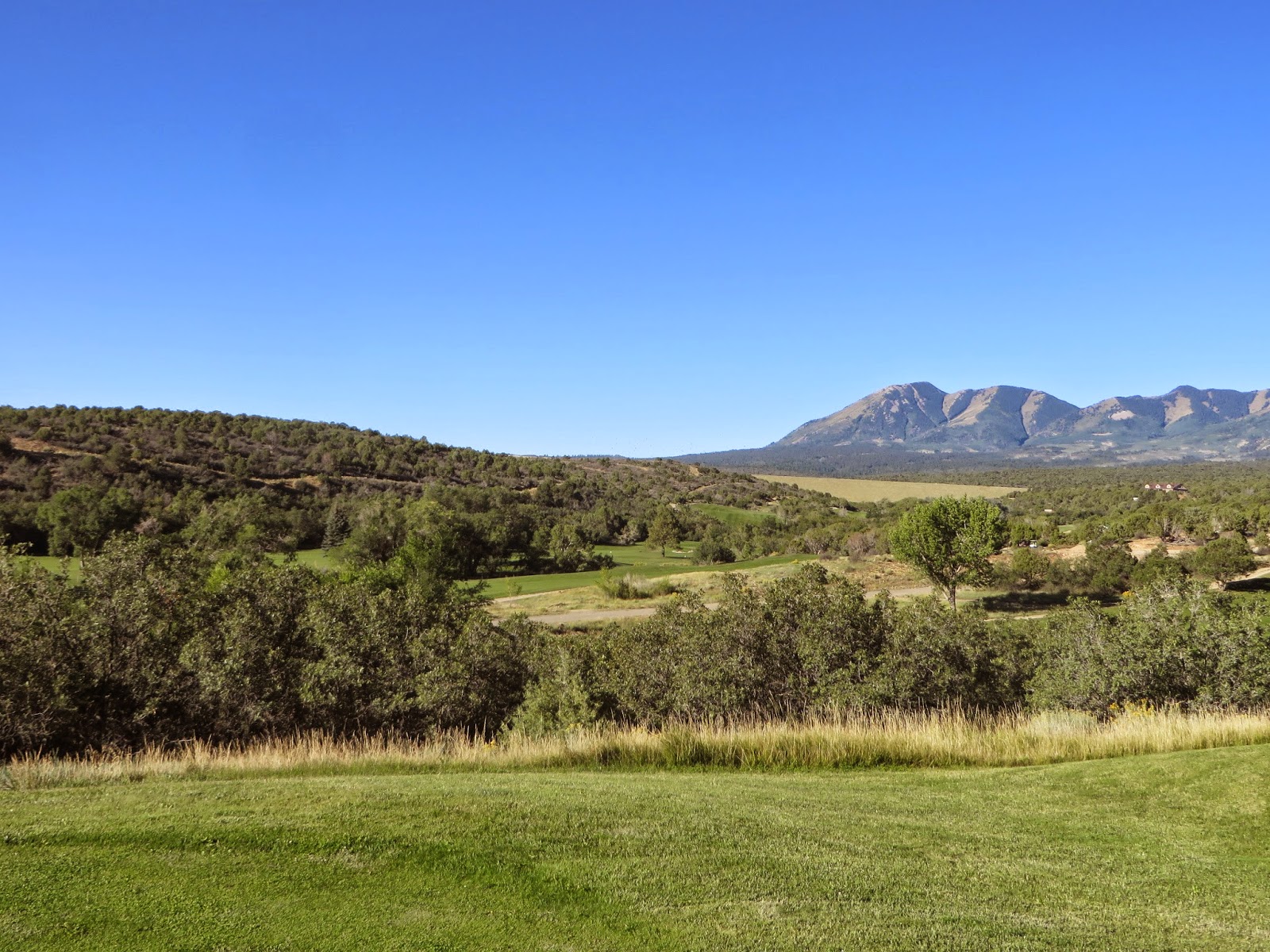 Nice shot of the Abajo Mountains 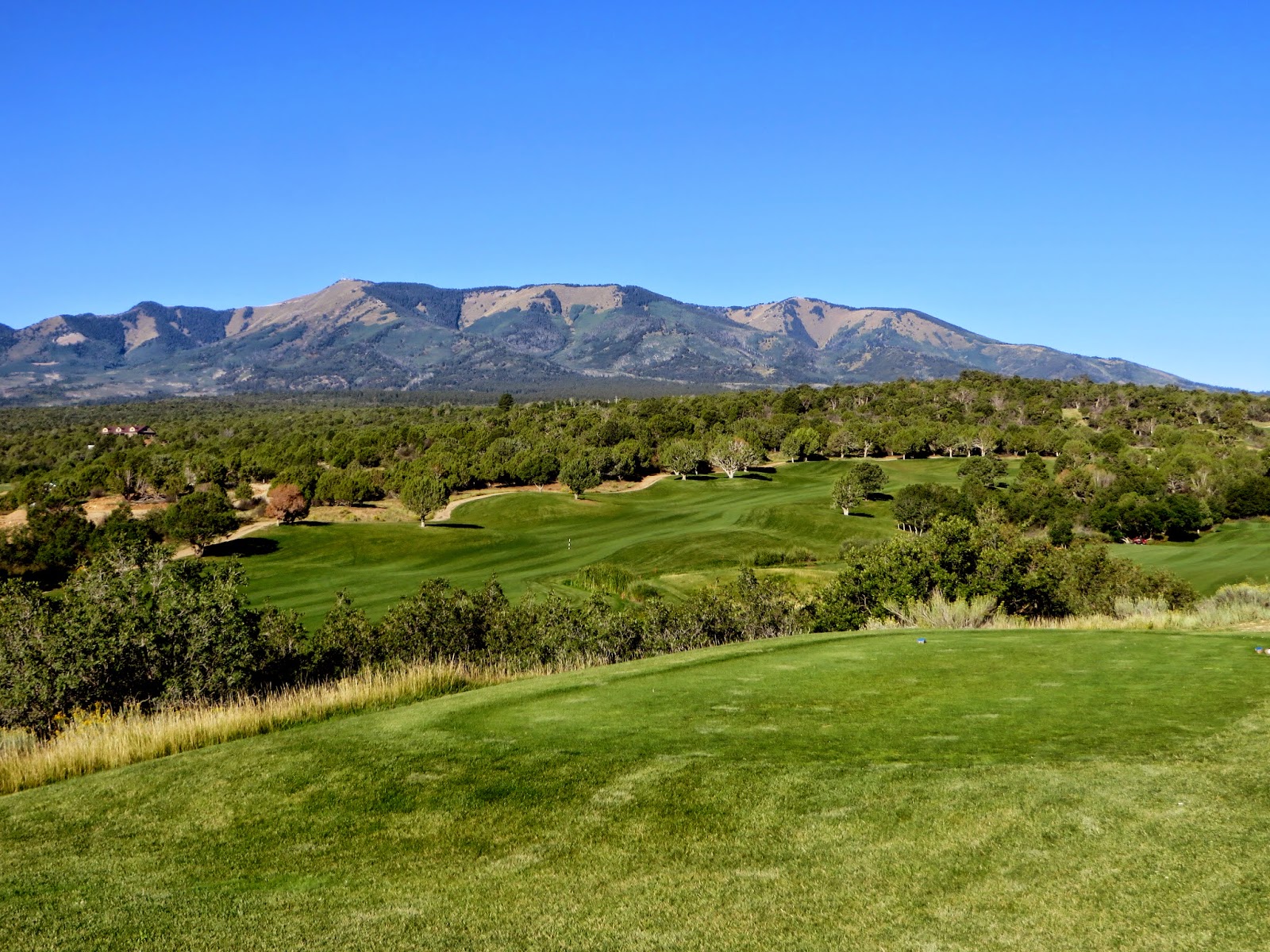 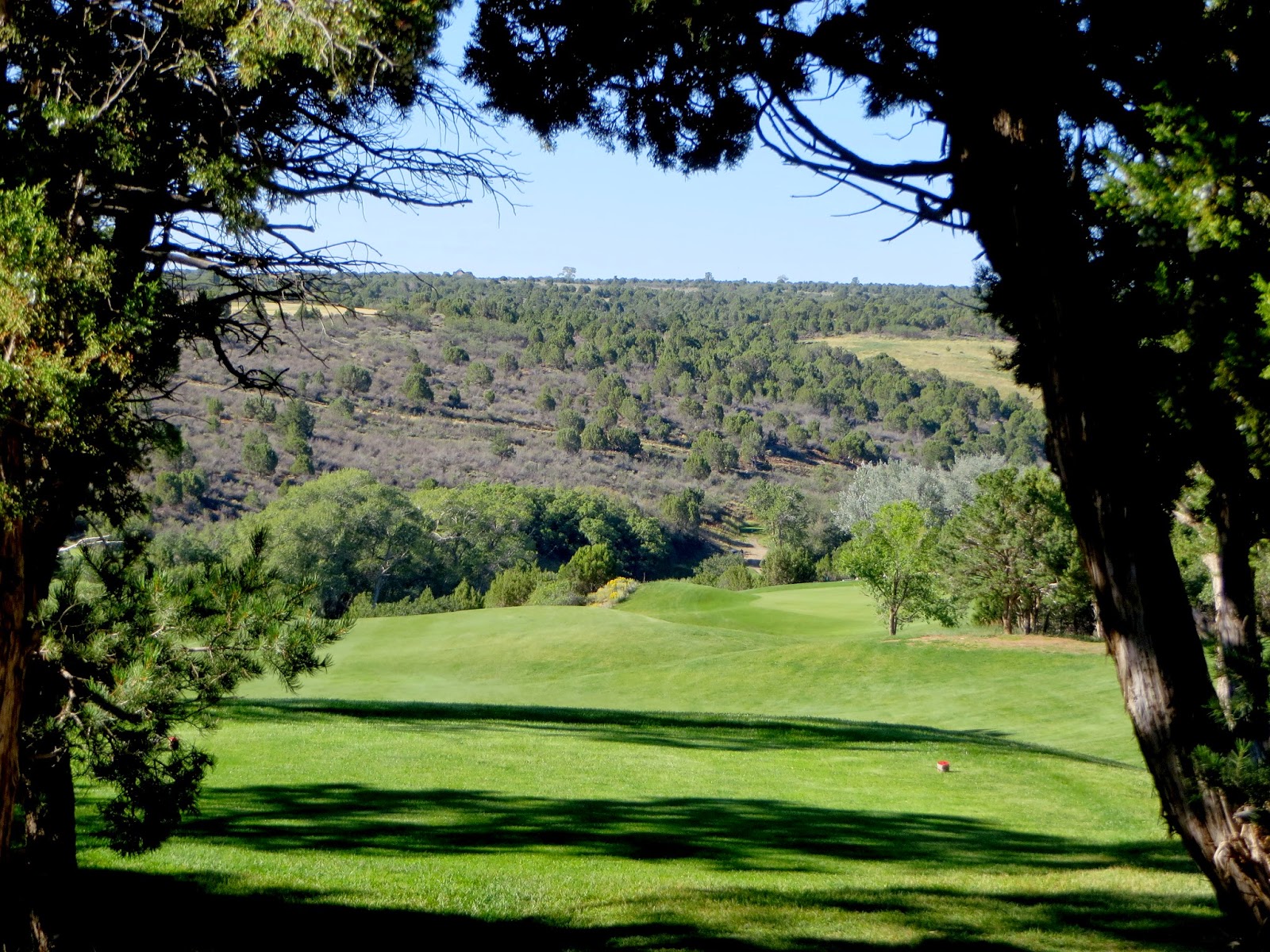 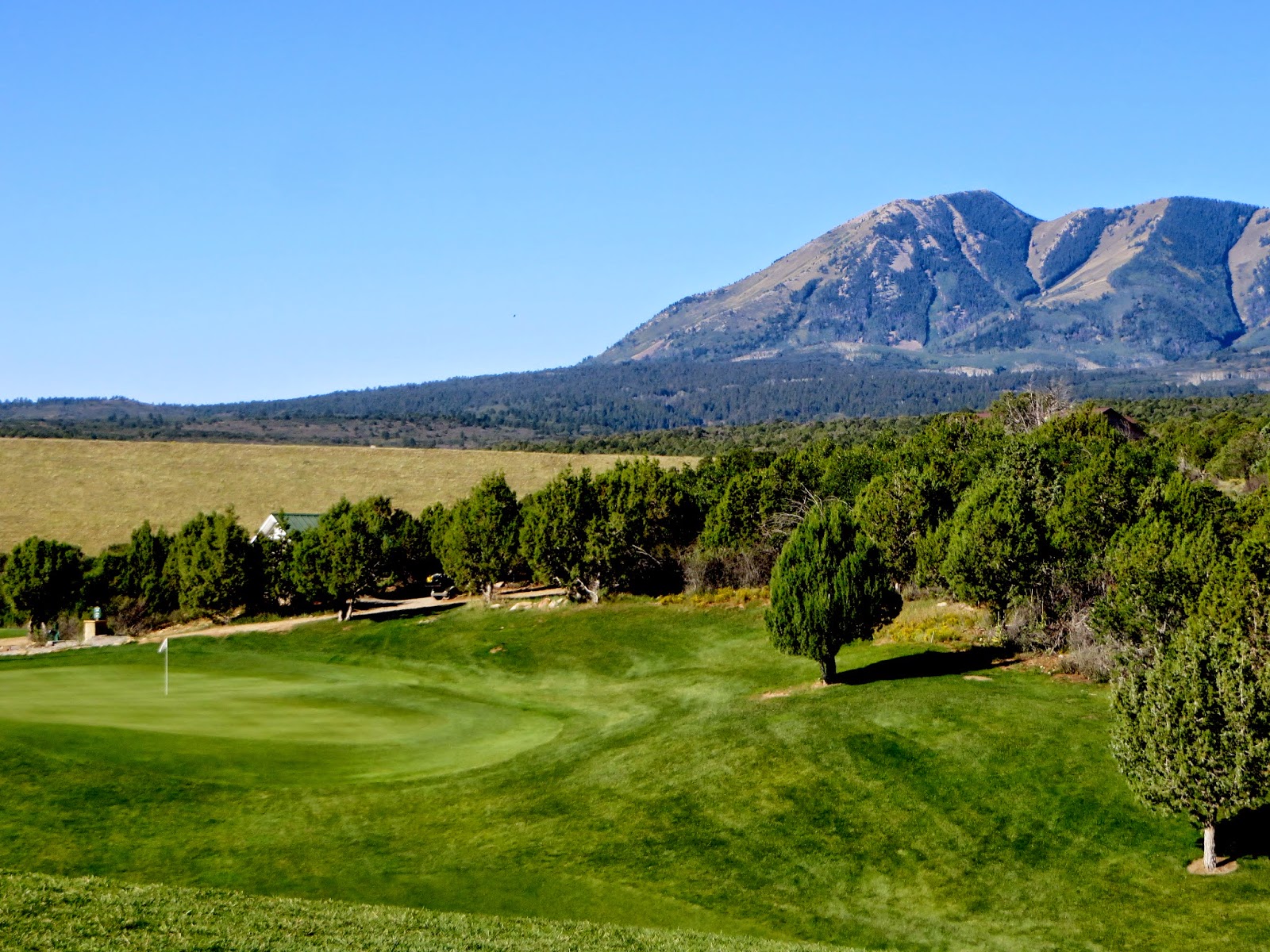 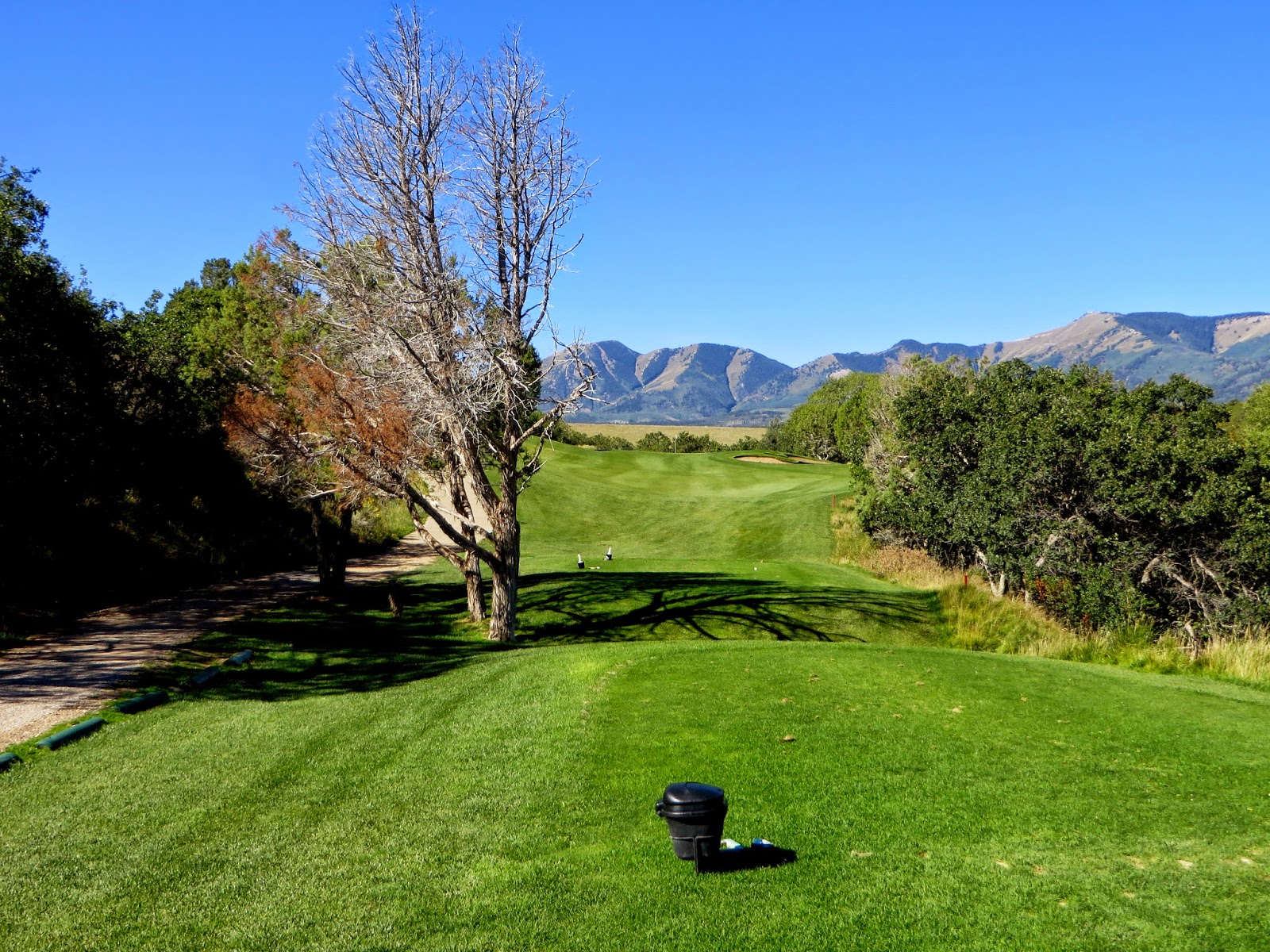 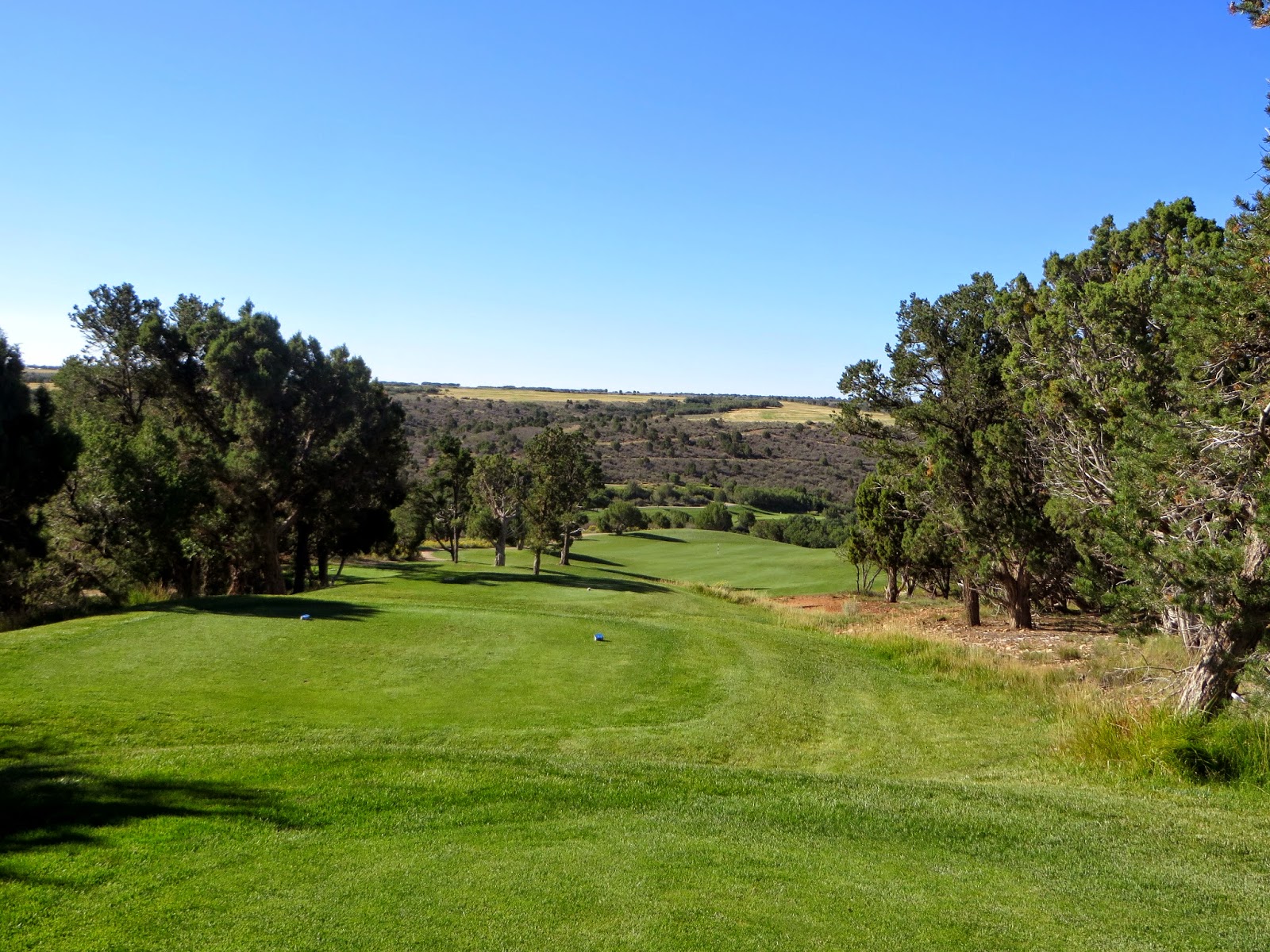 A deer on the course 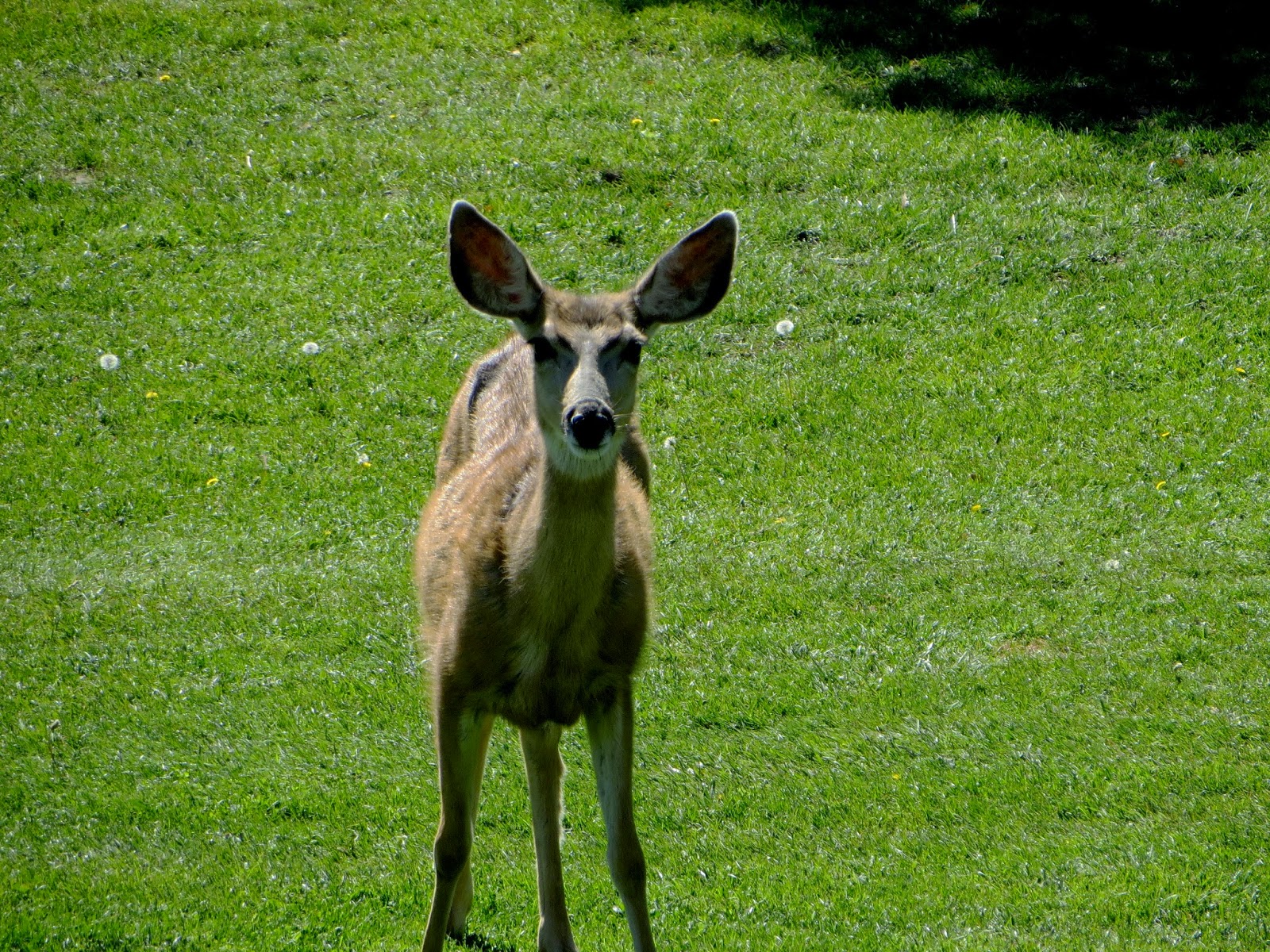 My dear on the course 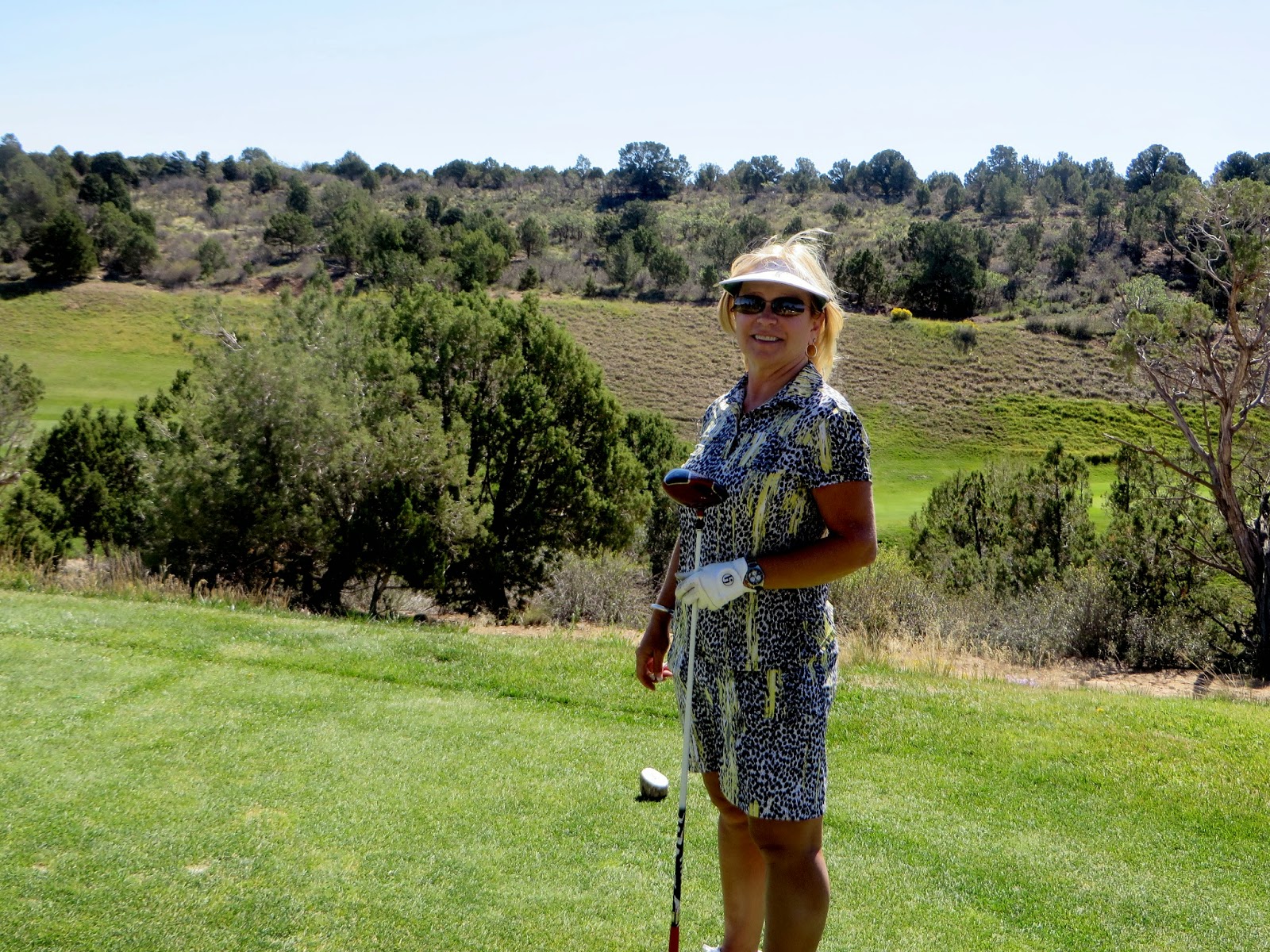 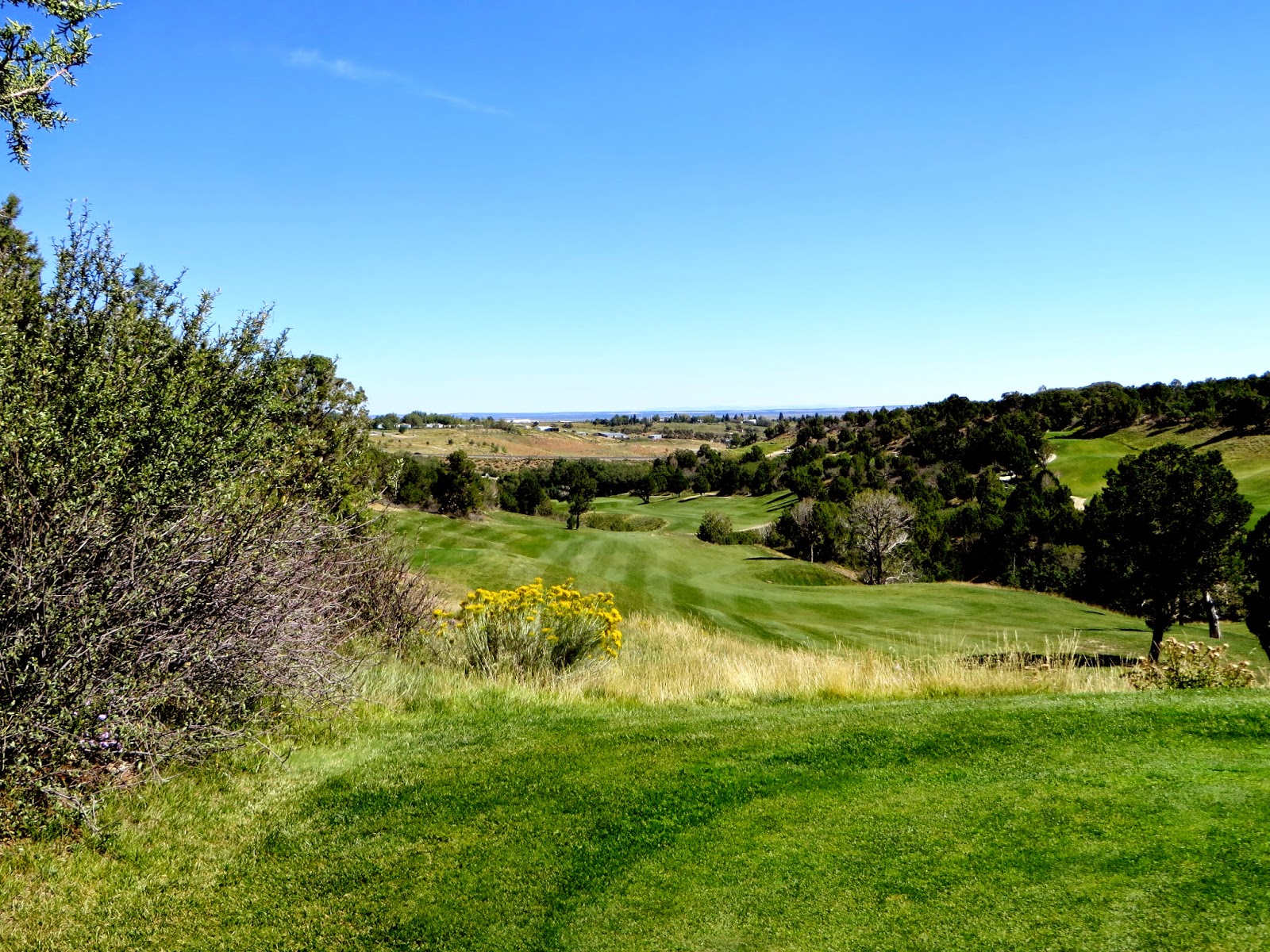 We had a wonderful weekend adventure.
Posted by Bud Headman at 11:31 PM