I have written a number of times about Paris. I have posted photos that I took and photos I found on the internet.  Paris, the City of Light, the City of Romance.  I have only been there once for four or five days with the Lovely Sharon but I loved it.  I have read dozens of books, fiction and non-fiction about Paris. I am intrigued by Paris of the 1920’s with Hemmingway, Scott and Zelda Fitzgerald, Gertrude Stein, James Joyce and the seemingly dozens of authors, artists and US expats who lived in Paris after World War I and before World War II.

I loved walking hand-in-hand with the Lovely Sharon as we walked through Montparnasse, Montmartre, the Luxembourg Gardens, and the book stalls on the Left Bank.  I was surprised that the Paris of my mind, the Paris of my imagination, was like the actual Paris I experienced with the Lovely Sharon. We stayed in an apartment rather than a hotel. We drank coffee and wine at sidewalk cafes watching people walk by or sitting near us.

One of my favorite memories of Paris was a Sunday afternoon.  We had walked throughout the Ile de la Cite and visited Notre Dame and the surrounding area. After our time in Notre Dame, we walked across the bridge to the Ile Saint-Louis. It was a sunny late afternoon and the place was filled with people.  The Lovely Sharon and I were hungry, wanted to rest our feet and were ready for a carafe of wine.  Just over the bridge, right on the corner of the Ile Saint Louis was La Brasserie  de l'Isle Saint-Louis.  I knew nothing about this restaurant.  I had never heard of it but it looked perfect, with people sitting shoulder to sipping wine and eating a late afternoon lunch.  We were escorted to a small outside table with two chairs where we sat down and ordered lunch and red wine.  We fell into conversation with a couple on my left, Sharon’s right whose table was only about 18 inches or so from ours.  This couple was from England and we learned he had recently retired from practicing law after some 35 years and the two of them were on holiday in Paris.  He and I talked about the law while our beguiling wives looked us in disbelief that we would be talking about the law on a Sunday afternoon in Paris.  It was a lovely conversation.

The Lovely Sharon watched people walk and bicycle by us.  It was fantastic.  I cannot recall if the food was good.  I cannot recall if the wine was good.  The food and wine were not particularly important that afternoon.  It was the setting in the middle of the River Seine, at sidewalk café, talking to people we didn't know. We could hear conversations in French, English, German, Spanish and a variety of other languages as people walked by.  After a long lunch we left this beautiful spot and meandered to the other end of Ile Saint-Louis and finally to the Left Bank where we browsed through the book stalls.

Here are some photos I took 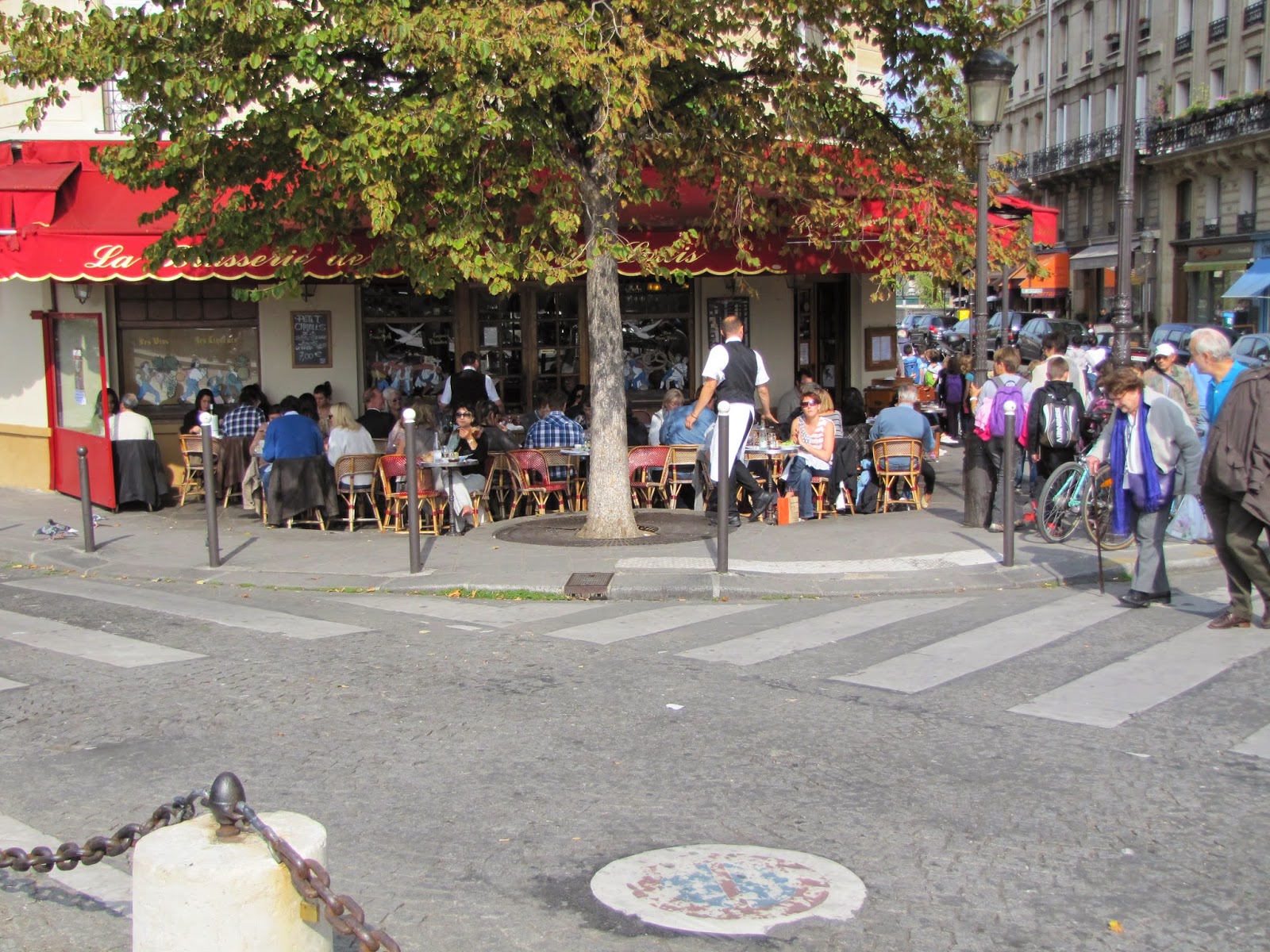 This lady was sitting near us and to me looked very French, but who knows for certain 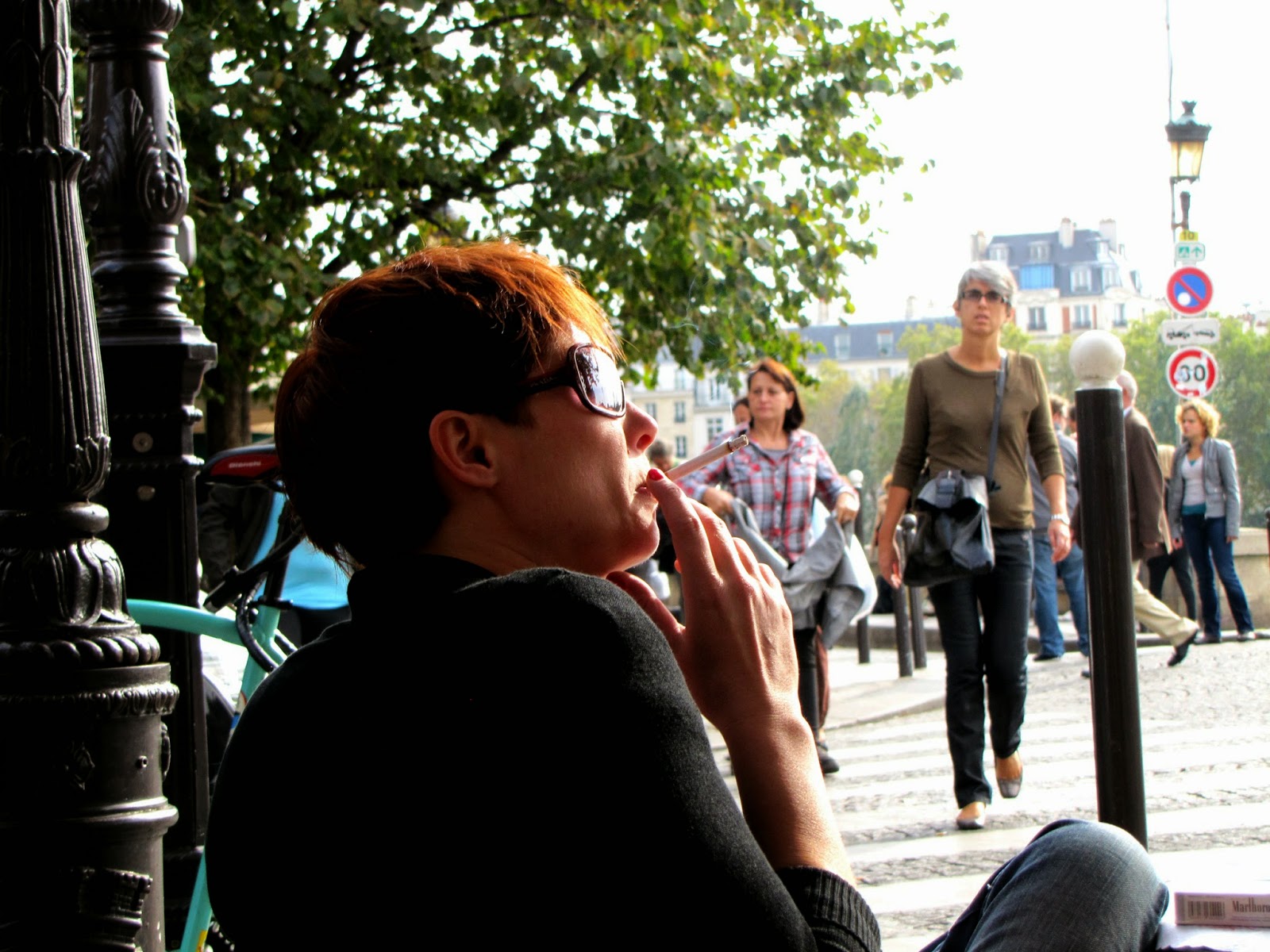 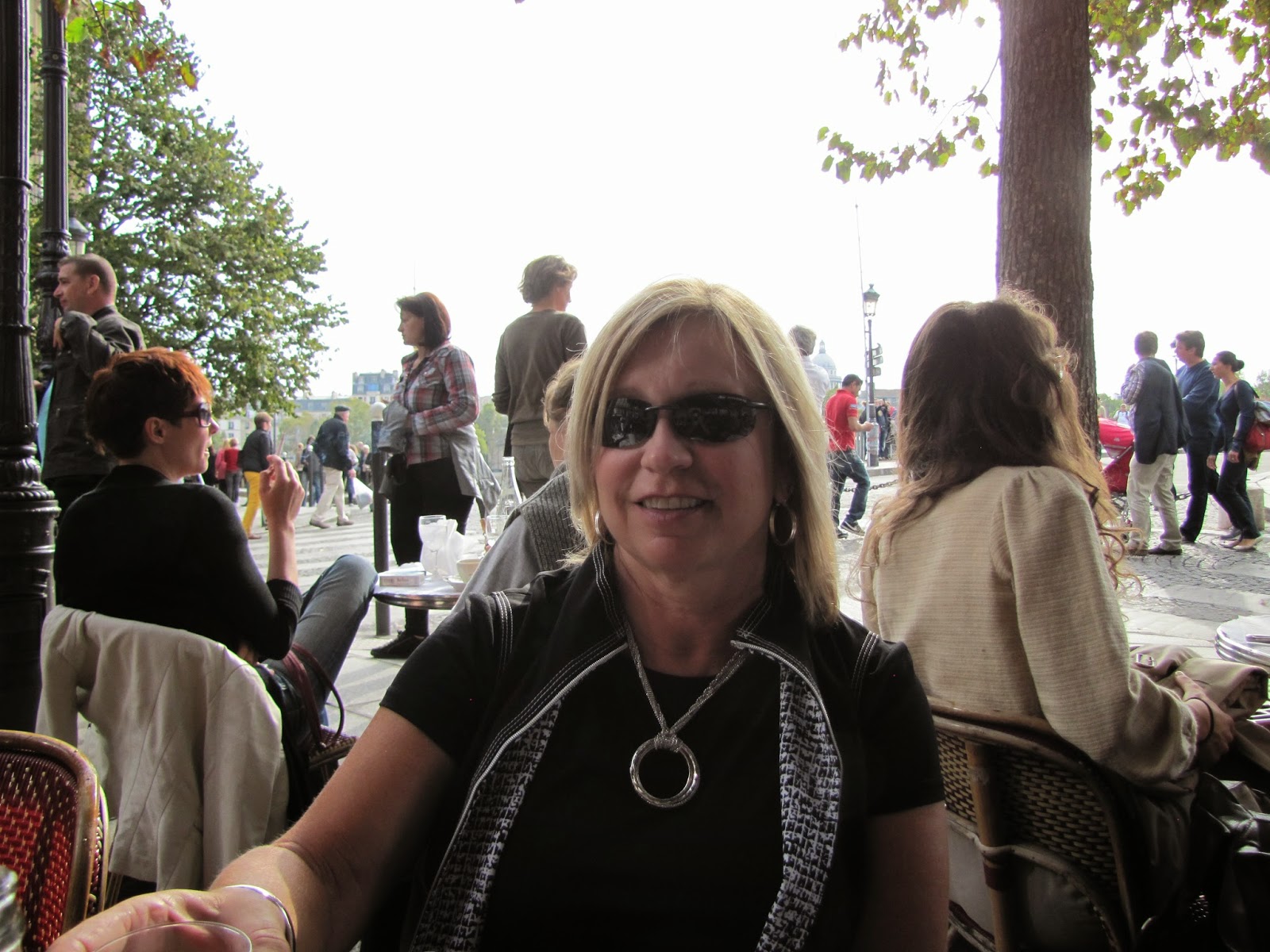 Here are some photos I found on the internet 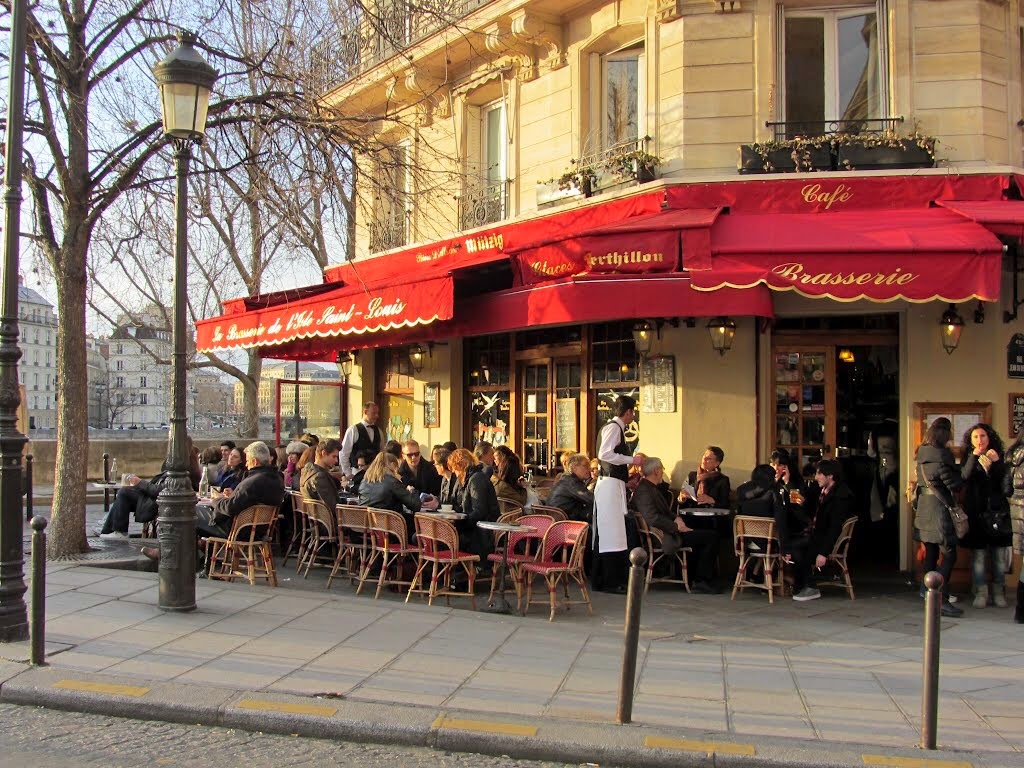 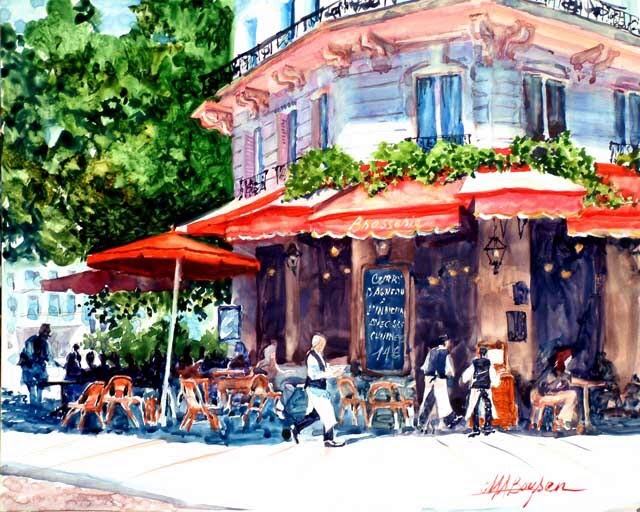 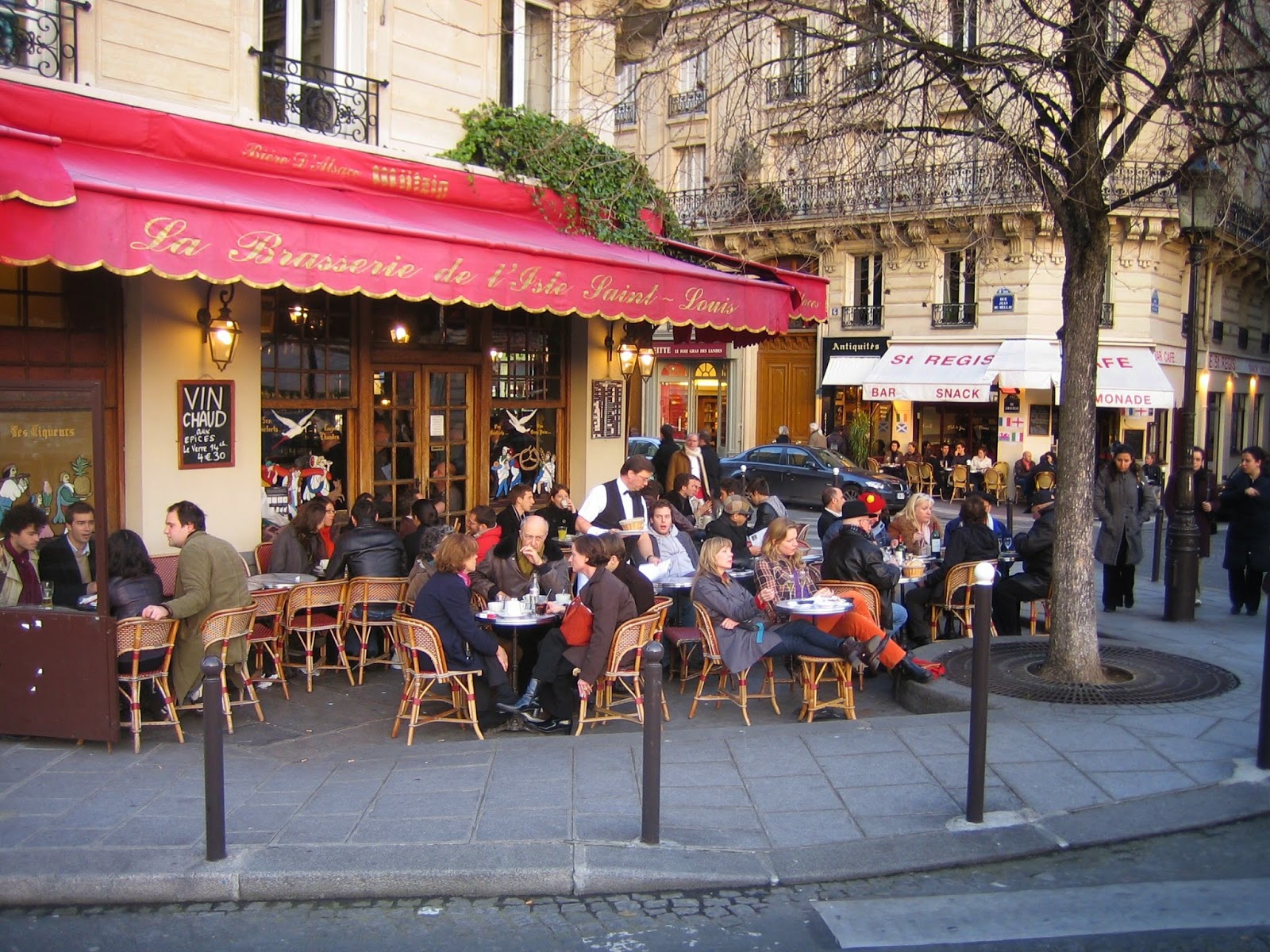 A photo of the entire building 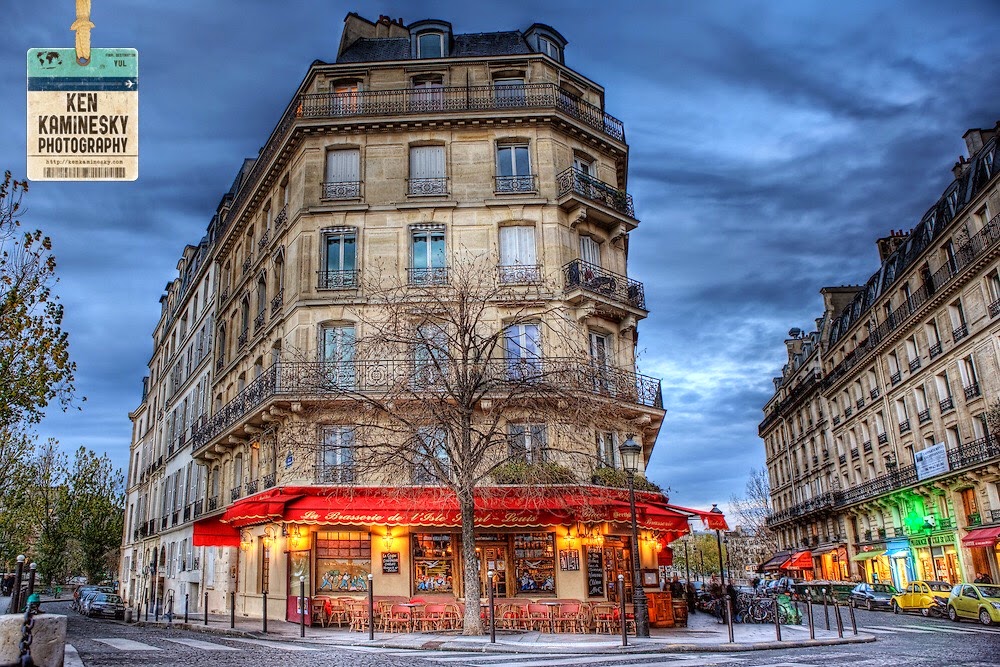 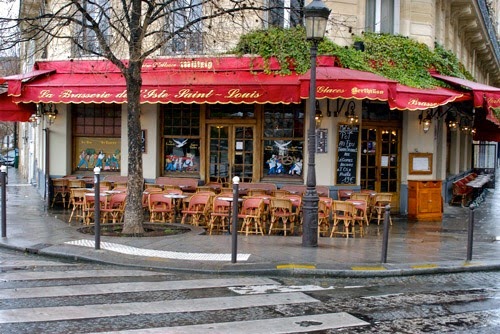 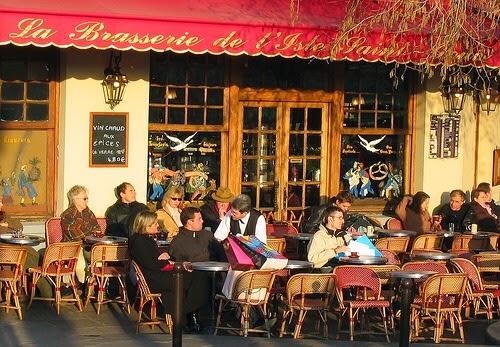 I hope to return to Paris some day and the La Brasserie  de l'Isle Saint-Louis.
Posted by Bud Headman at 11:08 PM