On Tuesday December 15, 2015, I took Trax to work.  Trax is the commuter train that runs throughout Salt Lake County.   I live some 20 miles from my office and I usually drive to work.  However, Monday December 14th it snowed in Salt Lake.  I mean it really snowed.  It snowed throughout the night and it snowed all day.  I must have had 15 inches or snow on my yard when I got home from work Monday evening.  Being the smart fellow that I am, I hired some guys to shovel my sidewalks and driveway.

When I left for work Monday morning, I thought about taking Trax but I drove to work.  It was a difficult and treacherous commute.  It took me at least twice the amount of time as it normally takes.  It was a prime example of white knuckle driving.  Unable to stop, I slid through a couple of intersections on the slick roads covered with ice and deep snow.  Luckily, I left for work at 5:30 am and there were not many cars on the road.  I was relieved to get to work in one piece and without a crash.

Monday night the forecast was for more snow on Tuesday.  I made the decision before bed that I would take Trax to work on Tuesday.

Our house is about a three minute drive from the Trax end of the line station in Draper, Utah.  Tuesday morning I was at the Trax station by 5:00.  It was snowing hard when I walked from my car to the train platform.  Although I was bundled in a long coat, a scarf, gloves and a fedora, it was cold, snowy and dark.  I was glad when the trained arrived so I could board and get out of the snow. I took the second or third train of the morning.  There only 4 or 5 of us on the train when it left the Draper station.
It was dark and snowy throughout our journey to downtown Salt Lake.  As we pulled into each station. More passengers, covered in snow and looking cold, boarded the train.  Every new passenger seemed relieved to get out of the snow and onto the train. No one seemed to have a smile on their face, only a look of relief to be out of the weather.

I sat alone, since the train is not all that crowded at the time of morning.  As I tried to see out the window looking for recognizable landmarks in the dark, I began to wonder why I did not take the train the day before.  I concluded it was a dumb decision to drive. The snow on my black fedora started to melt as we rumbled down the tracks to the City and I started to warm up.

After about 45 minutes, the train stopped at the downtown Gallivan station.  This is a stop on Main Street between 200 and 300 South, adjacent to Salt Lake’s Gallivan Plaza, a downtown plaza with an outdoor ice skating rink and concert stage.

As I got off the train I stood for a moment to look around.  It was beautiful. Snow was falling; big white flakes from a dark sky. The snow was piled up everywhere. Everything was covered in a pristine blanket of white.  The only sound was the sound of the train moving off to the next stop.  The street lights and street decorations were lit up.  I crossed to the east side of Main Street and passed by KUTV, a local TV station and through the ground floor window of the news room I could see Ron, Mary and Debbie from behind as they were brightly lit up doing the early morning news and weather.  After I passed the TV news window I could see the Christmas lights of the Gallivan Center. Festive holiday lights in contrast to the white snow.

I felt like singing, Silent Night or O Holy Night or at least say something out loud to acknowledge my new found Christmas Joy and Christmas Spirit but I kept quiet and continued on to my office.
It was a good day at work, normal stuff- phone conferences with clients, reviewing and writing contracts, and lunch with some financial planners.  But during the day I kept looking out of my office window at the snowy city below.  From time to time the clouds would move and I could see the Wasatch Mountains looking beautiful in their whiteness.

After work, I took the train back home.  It was crowded and people were talking or reading or listening to something on their head phones.  I pulled out my cell phone and looked through pictures of the grandkids and the Lovely Sharon. I was still thinking about Christmas. 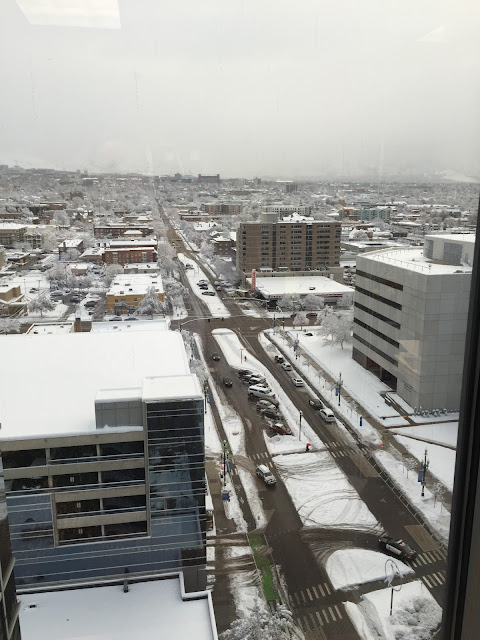 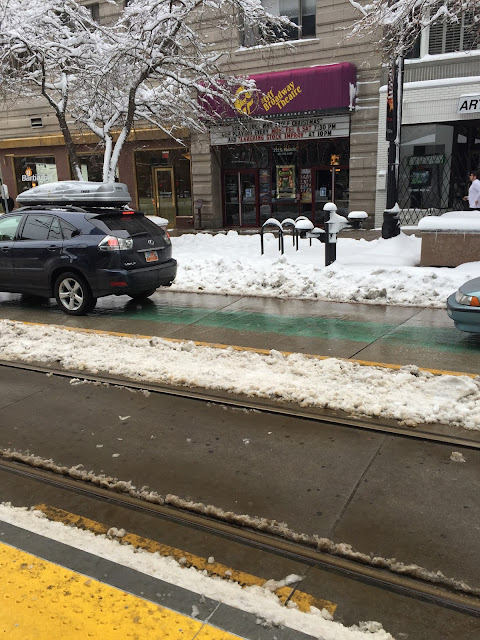 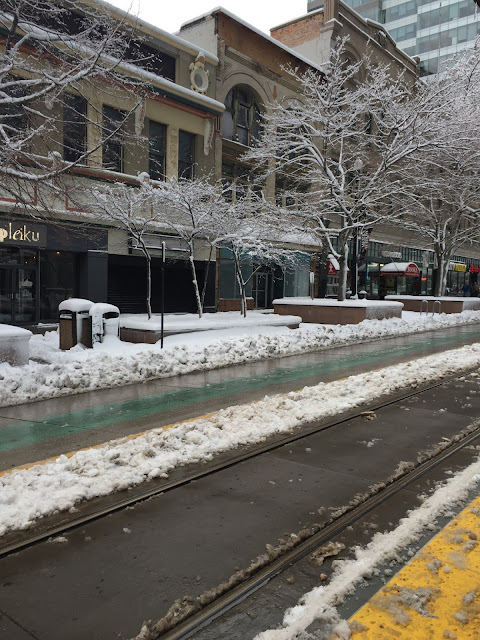 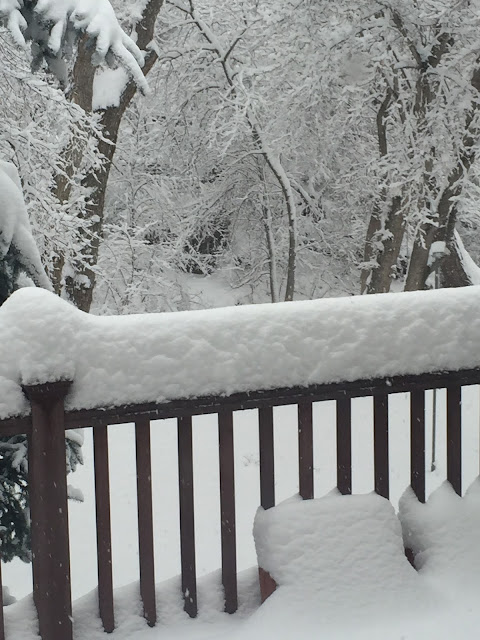